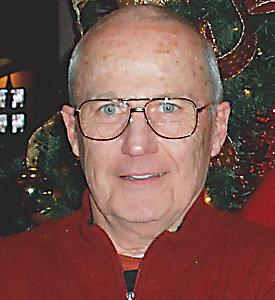 FUNERAL HOME
Eggen & Lance Chapel - Santa Rosa
1540 Mendocino Ave.
Santa Rosa, CA
URZDIK, George Thomas Passed away on June 22, 2015 after a long, courageous battle with dementia. George is preceded in death by his wonderful daughter, Susanne, loving younger brother, Chuck and parents, Susan and George Urdzik. He was born May 3, 1943 and raised next to the Steubenville steel mills in Mingo Junction, Ohio. Upon graduating from Steubenville Catholic Central High, he enrolled at Ohio State and pledged Alpha Phi Delta fraternity. With the early death of his father, he returned to Mingo Junction to help his mother and younger brother. George graduated from the University of Steubenville, earning an undergraduate degree in history. He started his graduate work at University of Nevada, where he met and married Jeanette Jensen in 1967. He then accepted a position with University of Steubenville, managing their Admissions and Financial Aid Offices. In 1970 he continued his graduate work at University of San Diego, earning a Master of Education. George then accepted a position at UC Davis overseeing the financial aid programs for the medical, law, veterinarian, and graduate schools. In 1980, he became the Director of Financial Aid at Sonoma State University where he served on numerous professional boards dealing with the complexities of financial aid programs and their impact on students. George was dedicated to assisting students and received many professional awards and recognition for his efforts. After retiring in 2001, George pursued one of his passions, the art of wine making, and became a sales associate in the tasting room for Kendall Jackson Winery. His other great love was running and being with his friends at Empire Runners. Many thanks to Heartland Hospice, especially Christie for her guidance. A heartfelt thank you to Dr. Judy Heiler, who softened the steps of this illness. George will be sadly missed by his dedicated band of angels, Michael, Denis and Fernando, who cared so dearly for George during his last years. Jan is eternally grateful for their devotion. Our motto every day was "Job well done, Super G - you should be proud." Friends are invited to attend a Memorial Service on Sunday, July 19th at 1:00 p.m. at Santa Rosa Memorial Park, 1900 Franklin Avenue. Santa Rosa Mortuary Eggen & Lance Chapel, 545-3747.
Published by Press Democrat from Jul. 12 to Jul. 19, 2015.
MEMORIAL EVENTS
Funeral services provided by:
Eggen & Lance Chapel - Santa Rosa
MAKE A DONATION
MEMORIES & CONDOLENCES
2 Entries
George was an exceptional colleague and pal at SSU. We shared many a locker-room chat. I'm only one of many who miss him.
Gerald Haslam
July 23, 2015
I worked with George for many years at Sonoma State. We lost touch after he retired. My prayers go out to George's family.
Leeanne Bowes
July 15, 2015
Showing 1 - 2 of 2 results