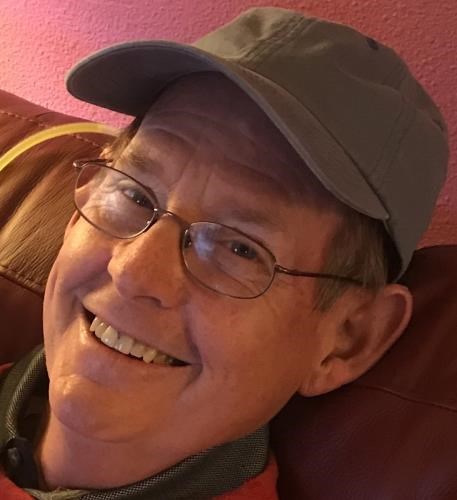 BORN
1945
DIED
2018
McGUIRE, Michael Michael McGuire crossed his final finish line on June 26, 2018, completing his most impressive race. Mike was born in Oakland in 1945 and grew up in Orinda. After high school, he joined his brother Bill at Oregon State. Mike was a member of the Sigma Chi Fraternity and lettered on the OSU swim team. He received his Masters in Health Education at OSU and later, his Administrative Credentials at Saint Mary's. After graduating from OSU and traveling Europe, he took a summer job in Incline Village and met Sandi Schlueter. They were married eight months later in Chico. Shortly before; Mike accepted an offer to teach in Santa Rosa. He was a creative, dedicated and enthusiastic teacher for nearly four decades. He taught health and science at Herbert Slater Junior High for 20 years, and taught sixth grade at Hidden Valley Elementary School for 12 years, followed by five years as the principal. In "retirement," Mike continued to teach through substituting, tutoring and the summer Excel program at SSU, where a scholarship has been established in his name. Aside from teaching, Mike had a lifelong devotion to running and bicycling. He participated in the Vineman Triathlon, numerous marathons, countless local running events, and long distance bicycle challenges, including the Paris-Brest-Paris 745 mile endurance ride. He had qualified to run in his third Boston Marathon this year. He was a loving husband to his wife of 46 years, Sandi, a patient and supportive father to Molly (Jake) McGuire-Nunn and Sean (Rebekah) McGuire and a doting grandfather to Graysen and Dylan Nunn, and Olive and Emma McGuire. He also leaves behind his siblings, Bill and Rob McGuire, Vickie Harper, and Doug, Larry and Wayne Bonnington. Mike accomplished a lot during his life but he'll be remembered most for the way he made people feel important, worthy and loved. He gave you his complete attention; offering high praise for the smallest of achievements and sincere gratitude for anything you may have done for him or the community. His course through life took him to many places. But, no matter where he was, he always had time for family and friends. He was kind and loving, always exhibiting his wonderful smile. The McGuire family would like to thank the staff at Kaiser Permanente, Memorial Hospice and From the Heart Senior Services. In lieu of flowers, donations may be made in Mike's memory to Memorial Hospice in Santa Rosa. A service will be held August 5th at Daniel's Chapel of the Roses at 1 p.m., followed by a celebration of life at the Friedman Center.
To plant trees in memory, please visit our Sympathy Store.
Published by Press Democrat from Jul. 8 to Jul. 12, 2018.
MEMORIAL EVENTS
Aug
5
Celebration of Life
Friedman Center
, CA
Aug
5
Service
1:00p.m.
Daniel's Chapel of the Roses
, CA
MAKE A DONATION
MEMORIES & CONDOLENCES
12 Entries
Dear Sandi and family,

Mike was the principal when my two boys, Nate and Jackson were at Hidden Valley. Those were very special years and I feel eternally grateful for Mike's extraordinary spirit to gently guide the children and us parents thru some very memorable years. I was amazed at Mike's willingness to do crazy things, like dress as a chocolate kiss for the student rallies to promote a program or even a fundraiser at the school. His selflessness and confidence will be what I will remember most.

I have thought of you both often since our life changing October. When I moved a couple of months ago, I thought of you again when I packed the beautiful quilt you and your friends made for a silent auction at HV. It is a beautiful reminder of a special time and a very remarkable couple. I feel blessed to have you both touch a small part of my like. My heart wishes you and family all the best as you adjust to yet another hurdle life throws at us. It was a beautiful service for a remarkable man.

Much love, Teresa Woodward, parent at HV
August 8, 2018
Mike will be missed by each person's life he touched. Such a very special man. Grieving for his dear family.
Marsha Vas Dupre
August 5, 2018
I have so many wonderful memories of Mike~ Years at Hidden Valley School, walking my dog past the house and seeing Mike playing soccer with Jesse, knowing that if the garage was open there was a good chance Mike would be there working on one of his treasured bikes (especially the one with the beautiful leather seat). He built the first "neighborhood tiny library" on the street and was so very proud of the time spent with Dylan in "Dylan's garden." His travel logs (with those photos from his youth!) were something special. But his love for Sandi, his kids and grandkids are what I will remember the most. We are all better people for knowing Mike. He will be missed.
Susan Gansel
July 16, 2018
Mike, I meet you 50 years ago working at Santa Rosa City Schools and you were as kind to me and others then as you were when we met again in 2006 through the Santa Rosa Cycling Club. Your contagious smile and genorsity of heart remained
the same through the years as continued to be a model for me as to how to treat others. You were and always will remain any inspiration. Thank you for being you. Carole Kolnes
Carole Kolnes
July 15, 2018
Godspeed Mr. McGuire ! You were our 3 sons
principal at Hidden Valley Elementary School,
special years of our lives. Michael and I enjoyed seeing you in the neighborhood running, smiling and happy. God bless your
lovely family! You can stop running now, you're there! Much Love, The Rosselli's
July 10, 2018
Mr. McGuire was principle for the entirety of my years at Hidden Valley Elementary. I remember him showing up on his motorcycle, and always having a smile on his face! Sending my love to the family.
Tori Kehr
July 10, 2018 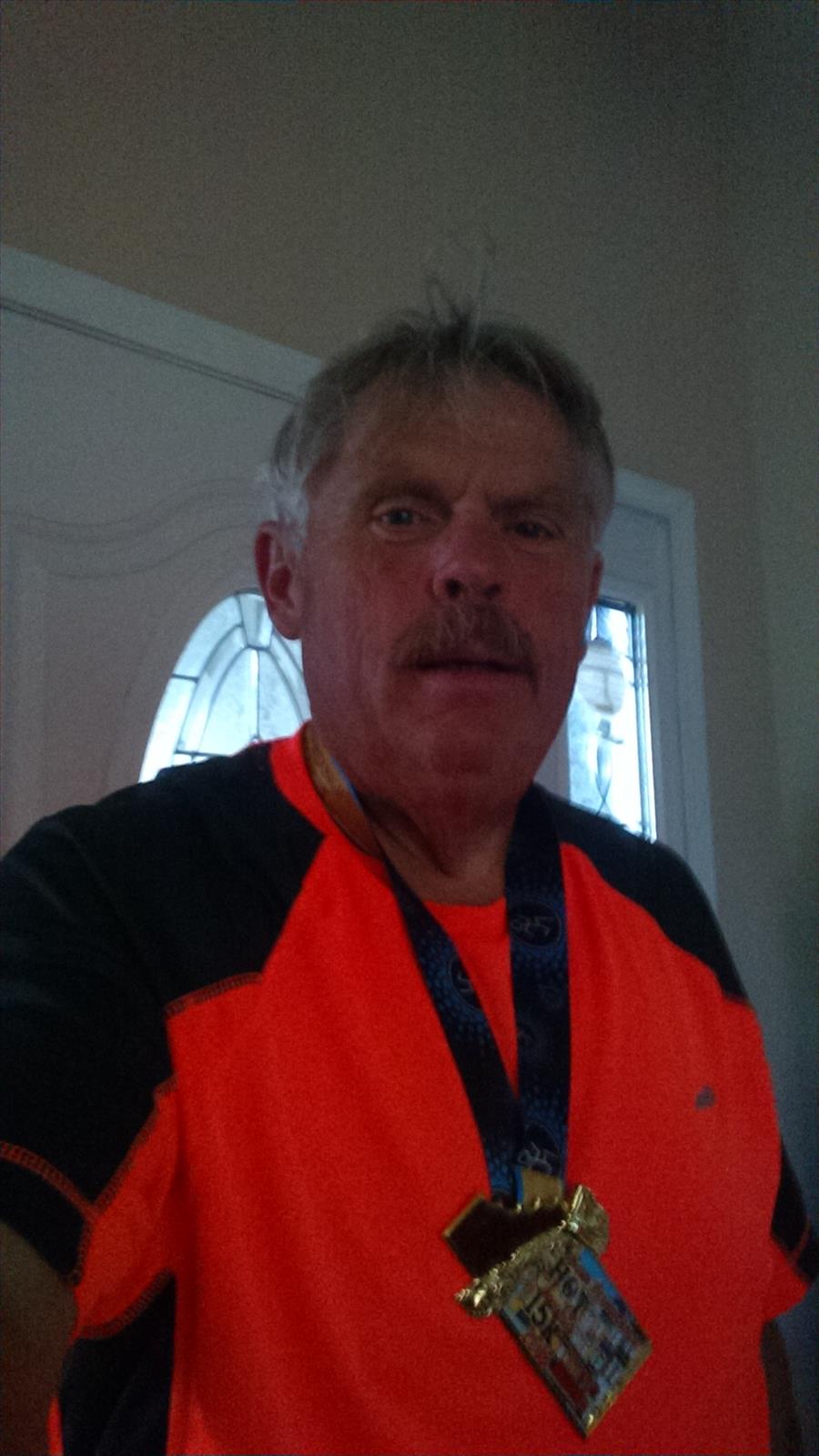 I did not know Mike well, but from the time I did talk to him at SRCC events it was clear he was the guy I wanted to model myself after. His smile and supportive assurances will be missed by many. Rest in peace my friend.
Tony Carlson
July 10, 2018
Mike was a great human being. I got to know Mike best over the last 10 years at the McGuire Run every November and at the Saturday morning runs followed by coffee. Mike was always a great listener and cared deeply about people. His love and dedication to running was always apparent. I will surely miss this great man!
Paul Peck
July 9, 2018 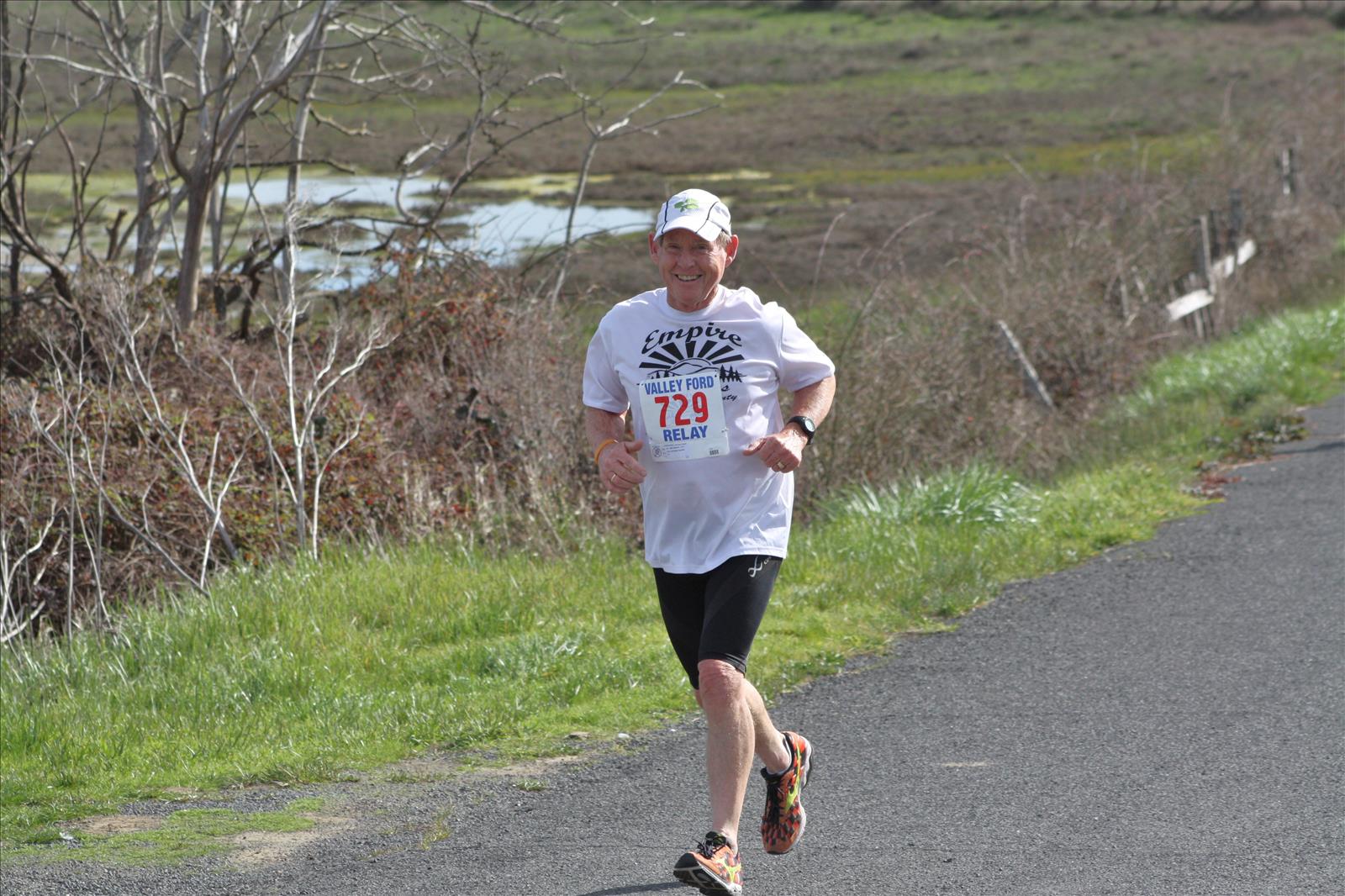 Sandi, Molly, Mike was a very special human. Always willing to give more than he got. He was a volunteer to the max, more than willing to give a helping hand. He will be more than just missed. My thoughts are with you.
Dave De Selle
July 9, 2018
Mike was just about the nicest man I think I ever met. But his outer demeanor belied an inner competitiveness as evidenced by his many athletic achievements. Soft-spoken but articulate, he want about his duties with the Empire Runners with obvious care. I feel grateful for the time I knew him and will miss him very much.
Dale Peterson
July 9, 2018
Mike was a great guy. Knew him as Hidden Valley Principle andalso a neighbor.Also knew Sandy Slueter .He will be missed Tom and Ann McGEE Peoria Az
July 9, 2018
He had to be one of the most best teachers I ever had really kind person also.
Melissa (Billings) palmer
July 8, 2018
Showing 1 - 12 of 12 results