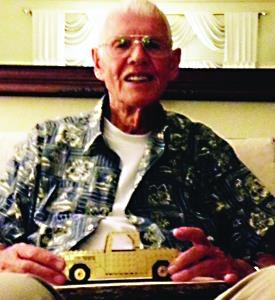 BORN
1926
DIED
2017
BARKER, Peter Rex 26 October 1926 - 25 June 2017 Peter Barker, a first generation American, was born on October 26, 1926 in Santa Monica, CA to Laurence and Ivy Woolley Barker, immigrants from England in the early 1920s. He was educated in Inglewood, and in 1947 after high school joined the US Navy. He served six years as a parachute jump instructor, teaching how to sew, rig and pack, and is credited with over 100 jumps. At one time during his professional career Peter was Research Project Manager for North American Aviation developing sensors ultimately used in NASA space suits worn by test pilots in the X-15 project. Peter was always an avid car enthusiast starting in high school when he ran his '32 roadster at El Mirage dry lake bed in California. He broke two land speed records at Bonneville Salt Flats - one with his VW and the other with his Datsun 510. And then there was his '37 Ford Pickup that he purchased for $150 in 1975. When Peter and Earlene retired to Santa Rosa in October 1991, they joined the Early Ford V8 Club, RERG 27. They were active members, and Peter served proudly as the Scholarship Liaison, was instrumental in the revision of the club By-Laws, and worked on numerous projects for the club. He was methodical in his approach to projects, extremely detailed, and brought new and exciting ideas to share. Peter excelled during his career and dedicated his life to leaving things better than when he first arrived. He had a generous spirit and was a natural teacher. He kept gold stars in his pocket ready to hand out - asking the question - "Are you wonderful?" He will be remembered as the greeter to all those that passed by on their way to Annadale State Park. Peter is survived by his loving wife of 51 years, Earlene; brother Dave Barker; sons Greg (Dana) Barker, Chris (Carol) Barker, and Mike (Carol) Maloy; eight grandchildren and 14 great-grandchildren. A celebration of his life will be held at a future date. 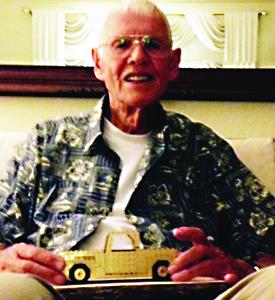 Published by Press Democrat from Jul. 10 to Jul. 11, 2017.
To plant trees in memory, please visit the Sympathy Store.
MEMORIAL EVENTS
To offer your sympathy during this difficult time, you can now have memorial trees planted in a National Forest in memory of your loved one.
MAKE A DONATION
MEMORIES & CONDOLENCES
9 Entries
Peter is still very much missed in our neighborhood. He was a huge presence. Much loved by his neighbors as I his wife Arlene.
Lynda Willits
Neighbor
July 4, 2019
Earlene, we only just heard about Peter's passing and are so very sorry especially for you and the family. We loved knowing Peter and had many visits with him while he was working on the truck and I was walking the grandchildren. They always asked about Peter and will be so sad to hear. Please let us know if we can help you in any way.
Tom and Jeanne Nelson
Neighbor
September 27, 2017
We met Peter and Earlene when we joined the Ford V8 Club in 1993. Peter willingly shared his knowledge and experience for those new to the world of wonderful old V8 Ford cars. It was always a joy to have a conversation with Peter, the consummate gentleman . It was fun watching his progress on his beloved truck, "Spot". Our thoughts and best wishes go out to Earlene and the family. 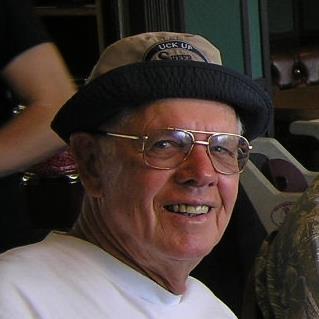 We send thoughts of sympathy, comfort and support to you as you begin your journey without Peter. He will remain in our hearts forever. Although it is difficult to see beyond the sorrow, may looking back in memory help comfort you today, tomorrow, and always. Sending you Love, Peace, Prayers and Blessings.
Barbara and Michelle McFarland
July 13, 2017
Thank God for the gift I had for 51 yrs with a special man to share my life with, Oh how I will miss you Pops my hart is so very empty without you. your loving wife Earlene
Earlene Barker
July 13, 2017
Earlene, we were so sad to hear of Peter's passing. He was always so genuinely happy to take the time to talk to us at the V8 club meetings, and of course also at the Board meetings at your home. He certainly was modest, I didn't know all those wonderful things that Peter did throughout his careers ! His bits of wisdom will be missed. Our thoughts and prayers are with you.
Jeff & Becky Greene
July 11, 2017
Peter
You are truely missed by the Willits family. You have been a wonderful neighbor and friend. We were so sad to learn of your passing today. I know the last six months have been rough for you but we are thankful for every day we have had you in our lives. You always were full spunk and we so enjoyed you in our life. Again you will be so missed.
Earlene, my heart breaks for you and you are in our prayers. If you need anything please call on us.
The Willits Family
Lynda Willits
July 11, 2017 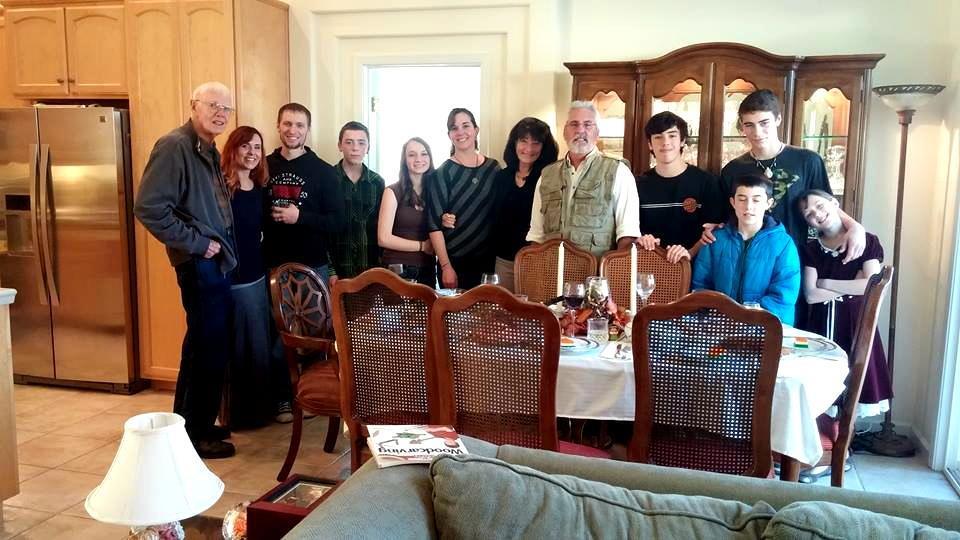 Another huge hole in our family. Pops taught me as a teen to drive our stick shift in the TRW parking lot. He would drive our oldest daughter Christy to the stables, let our Leanne work with him in the garage, and have meaningful conversations with Ivy. "Love you forever"
Carol Maloy
July 10, 2017
Earlene and Family What a Special Special person Peter was.I will always treasure his smile,hugs and loving attitude. What a gift you gave him with your care these years Earlene with Love the Chambers family Teri,Chris,James and Nicolas
Teri Chambers
July 10, 2017
Showing 1 - 9 of 9 results