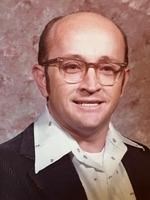 BORN
1939
DIED
2021
FUNERAL HOME
Conneely Family Cremation & Funeral Services
9074 Brooks Road South
Windsor, CA
Robert Thurman Harbaugh
March 6,1939 - November 19, 2021
Robert Thurman Harbaugh, 82 years, left this earth to rest with God on November 19, 2021. He leaves behind his loving wife of 60 years, Donna, along with his six children: Robert (Susan), James, David (Kate), Steven (Barbara), Brian and Kristine (Ron) as well as his brother Charles (Elaine) and 13 grandchildren and six great grandchildren. He was born to Charles and Bernice Harbaugh on March 6th, 1939, in Los Angeles, CA. Bob was a graduate of UC Berkeley in 1961. While at Berkeley, he wrestled on the varsity wrestling team and was also the campus mascot "Oski" at all football games. In addition to wrestling at a Division 1 college, he was also the Sonoma County Champion in tennis as well. He proudly served as a Captain in the US Army discharged honorably. Following his military service, he began a 34-year teaching career at Healdsburg High School as a French teacher and finishing as the schools Vice Principal. During his tenure at HHS, he founded the schools wrestling program and in three years led the program to the school's first league championship. Bob held many other leadership positions at Healdsburg High including Union President and Athletic Director to name a few. Bob was a highly intelligent man with a love of history, chess, and was an outstanding cards player. Bob was also a very accomplished musician who could pick up any instrument and play it by ear. He was especially adept at playing piano, accordion, banjo, harmonica, ukulele, and the harp. Bob was best known for his thoughtfulness, kindness, friendliness, and fun-loving sense of humor. A private celebration of life will be held with the family. In lieu of flowers any donations can be made to the Healdsburg High School Wrestling Program or St. Jude Children's Research Hospital.
Published by Press Democrat on Nov. 28, 2021.
To plant trees in memory, please visit the Sympathy Store.
MEMORIAL EVENTS
To offer your sympathy during this difficult time, you can now have memorial trees planted in a National Forest in memory of your loved one.
Funeral services provided by:
Conneely Family Cremation & Funeral Services
MAKE A DONATION
Please consider a donation as requested by the family.
MEMORIES & CONDOLENCES
Sponsored by Conneely Family Cremation & Funeral Services.
5 Entries
So very sorry for your loss. Mr. Harbaugh was my French teacher and one of my favorite teachers. He made it fun for us to learn French. He will be missed.
Erin (Ganley) Tarkhanian
November 27, 2021
Sorry to hear we've lost another outstanding person. Bob was a dedicated teacher with a heart for his students. I loved his sense of humor and the twinkle in his eye. I'll never forget his attending the UC (Berkeley) High School Band Day with the HHS Band, disappearing for a short time and then visiting our band dressed in the Oski (mascot) costume. Good memories, Bob! We'll miss you.
Lew Sbrana
Friend
November 27, 2021
So sorry for your loss, he was a great person and excellent teacher. My thoughts are with you.
Carmen Francois
November 27, 2021
Heartfelt sadness . I worked with Bob at HHS and enjoyed his sense of humor and the way he interacted with the students. So sorry for your loss.
Marilyn sanderson
November 27, 2021
So sad to hear about Bob. We worked closely together in his years as VP. He was a very kind & humble man. I had great respect for him. Sorry for your loss.
Carla Trotter
Work
November 26, 2021
Showing 1 - 5 of 5 results