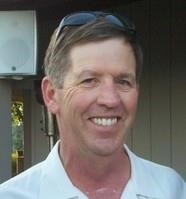 BORN
1954
DIED
2020
FUNERAL HOME
Daniels Chapel of the Roses
1225 Sonoma Avenue
Santa Rosa, CA
Robert (Bob) Eugene Jones
November 5, 1954 - December 15, 2019
Bob Jones, born on November 5, 1954, parted from this earth surrounded by family and friends to be reunited for eternity with his wife on December 15, 2019, at 3:55 p.m., in San Francisco, California.
Bob battled heart disease bravely for the last 19 years of his life. He fought to his last breath, but in the end lost his battle due to complications encountered during recovery from an open-heart surgery procedure performed at UCSF hospital.
Bob was born in Ukiah California, and five years later, his family relocated from Washington State to Santa Rosa, where he lived out the rest of his life. While attending Lawrence Cook Junior High and Santa Rosa High School Bob made many life-long friendships that he cherished his entire life.
After graduating high school, Bob started working for OCLI, where he applied his ferocious work ethic for the better part of 25 years as an optical coater.
While he took great pride on the many important projects, he worked on at OCLI his greatest accomplishment was his family, which began when he married Cherie King on August 27, 1977.
They completed their family with the births of their two sons, Justin in 1981, and Jonathan in 1983.
While Bob spent many years working, coaching youth sports, traveling, going on Harley rides, family boat days at lake Sonoma, holidays spent with family, and always cheering on the SF Giants, 49ers, and Warriors, few were enjoyed more for him than being on the water fishing for salmon and steelhead. He always felt most at peace casting a line from a drift boat with his fishing family.
Bob will always be remembered for his unconditional love for family, his compassion to always help someone in need, amazing morals, unparalleled work ethic, and lifelong friendships.
Bob was predeceased by his wife Cherie Jones, and parents John and Blanche Jones.
He is survived by his sons Justin (Carley) Jones, Jonathan (Rebecca) Jones; grandchildren Jackson, Lily, Jaden, and Kendall Jones; sisters Sandie (Beagle) Brodsky, Kathy (Mike) Fleming, Joni Jones (John Fader), Dena (David) Whitehurst; sister-in-law Robin (Dennis) Magee; and many nieces and nephews.
Friends and family are invited to attend a Celebration of Life service on Saturday January 11, 2020 at 12:30 p.m. at the Villa Chanticleer (900 Chanticleer Way, Healdsburg, California, 95448), with a reception to follow.
In lieu of flowers, please send donations to the American Heart Association, PO Box 742030, Los Angeles, CA, 90074-2030, or online at www.heart.org
To plant trees in memory, please visit our Sympathy Store.
Published by Press Democrat from Jan. 2 to Jan. 5, 2020.
MEMORIAL EVENTS
Jan
11
Celebration of Life
12:30p.m.
Villa Chanticleer
900 Chanticleer Way, Healdsburg, CA
Funeral services provided by:
Daniels Chapel of the Roses
MAKE A DONATION
Please consider a donation as requested by the family.
MEMORIES & CONDOLENCES
Sponsored by Daniels Chapel of the Roses Funeral Home.
13 Entries
What a great guy! Interesting how our lives somewhat intersected on several levels, but didn't know him personally.

I too attended Cook Jr. Hi. and SRHS. Lived out on Giffen Avenue for many years until a few yrs. before the school was built out there.

Loved reading about this upstanding man. Sincere condolences to his family and friends.

Jeff and Julie Silva
Jeff and Julie Silva
January 3, 2020
Bob was a true friend. He took me down the river and set me up for my first Steelhead.
RIP
Roy Wilson
January 3, 2020
GREAT FRIEND AND FISHERMAN..........................ART WONG
ARTHUR WONG
January 2, 2020
Bob was an old an cherished friend from our shared youth in Roseland. He was the kind of Man you wanted to be around because he made you a better person. Rest in peace my brother, We shared a magic time.
Terry Kelly
January 2, 2020
For years Bob and I would trade Happy Birthdays because our birthdays were only three days apart. He was a great guy and a wonderful coworker.