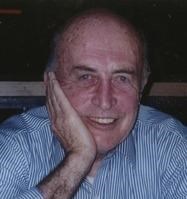 BORN
1926
DIED
2021
FUNERAL HOME
Daniels Chapel of the Roses
1225 Sonoma Avenue
Santa Rosa, CA
Sheridan Peterson, II
May 2, 1926 - January 8, 2021
Sheridan Peterson, II, a 94-year-old fourth generation Windsor resident, spent much of his life in Asia.
A World War II Marine Corps vet, Peterson, graduated from Santa Rosa Junior College. Having successfully completed two years at the University of Missouri's prestigious Journalism School. He continued to graduate at the University's College of Arts and Sciences with a B.A majors in English, Philosophy, and Journalism.
His son, Sheridan Jr., and his daughter Ginger were born in Nepal under very astir conditions.
Peterson will be buried at the Shiloh District Cemetery on Tuesday, January 19, 2021 at 1:30 P.M. He is survived by his son, Sheridan Peterson and daughter, Ginger Lucena Peterson.

Published by Press Democrat on Jan. 24, 2021.
MEMORIAL EVENTS
Funeral services provided by:
Daniels Chapel of the Roses
MAKE A DONATION
MEMORIES & CONDOLENCES
Sponsored by Daniels Chapel of the Roses Funeral Home.
6 Entries
My deepest condolences to late Mr Sheridan Peterson's family, I met him in Tehran, Iran in the 1978. with his son Sheridan jr and daughter Ginger.
Gamini sugatapala
September 4, 2021
RIP to our old friend Pete.
We met Pete in Saigon, Vietnam in 1966 and my husband Mike (who sadly died on 20 November 2019) often talked about the good times we had with Pete. He lead a very interesting life and spent a lot of time in Nepal after leaving Vietnam.
Bev Smith
Dunedin
New Zealand
Bev Smith
Friend
February 4, 2021
This is a great loss to our community. I met Mr. Peterson at the start of my nursing career and his encouragement and character meant a great deal to me. I often think about him and am sad to learn of his passing. His passion for causes was infectious.
Helen
Acquaintance
January 30, 2021
DB Cooper!
DB Cooper
Friend
January 30, 2021
May the love of friends and family carry you through your grief.
Juliet Peterson
January 30, 2021
We are saddened to read of Sheridan's passing. We have chatted several times regarding genealogy and the family. We are glad we were able to share his grandmother's photo with him, along with another family photo.
Mike and Nancy Frost
Family
January 24, 2021
Showing 1 - 6 of 6 results