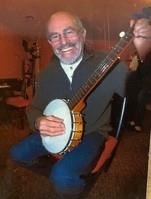 BORN
1938
DIED
2020
FUNERAL HOME
Adobe Creek Funeral Home - Petaluma
331 Lakeville Street
Petaluma, CA
Thomas "Tom" Mondrogon
August 17, 1938 - August 9, 2020
On August 9, 2020, our beloved Tom took flight from this life and his long battle with cancer. Tom lived an extraordinary life. Born in Grand Island, Nebraska, to Tom J. Mondrogon and Lena R. Howe. After serving a term in the US Navy, Tom married Jill Cerwin. He opened up a Volkswagen repair shop - The Bug Shop - in Novato, California. Tom and Jill had two children: daughter Lisa Renee and son Thomas, Jr. After decades at his popular Bug Shop, Tom's thoughts returned to the sea. He sold the Bug Shop and a small farm in Sebastopol and, at the age of 40, purchased a 37-foot sailing yacht and set off with a small crew headed for Hawaii and beyond to Fiji. As luck would have it, the yacht sank on an unchartered reef off the coast of Fiji and local villagers came to the rescue. While in Fiji, Tom developed many close friendships, especially with the Garnet family. Tom mourned the loss of his sailing vessel - The Delaware Dolly. Tom's marriage ended soon after his return to the Bay Area, beginning a new chapter in his life. Never one to sit still for long, he met his second wife and life partner, Kathleen Divers, while on a hike with a friend. They settled together and purchased a small cottage in Petaluma. A fixer-upper, they poured their energy into creating a lovely home and beautiful garden where wildlife was welcome and encouraged. Tom's next dream began with their purchase of a piece of riverfront property in the NW corner of Yaak, Montana, where Tom designed and built a beautiful log cabin. Tom and Kathleen spent many summers there exploring the landscape and its rich fauna and flora. Collecting wild mushrooms was a frequent fun adventure, and cooking became a favorite pastime. Tom was a man of many talents. He was a skilled artist, musician, golfer, skier, gardener, and a skilled carpenter. Tom leaves behind his two sisters, Rosella and Ramona, his brother Theodore (Teddy), his daughter Lisa Renee, his son Tommy Jr., and his wife Kathleen. Tom also leaves behind his grandson Oliver, stepson Brian Garland, son-in-law Seth Goddard, and many nieces and nephews. We will miss your vibrant smile and you leave behind an empty space, but we can imagine you standing there with a shovel ready to fill it in. Tom will also be missed by his European Auto friends in San Rafael, his Novato Druid friends, his extended Scottish family in Scotland. Another thank you to our dear friends and neighbors in Petaluma, as well as Hospice of Petaluma. A celebration of Tom's life will be held in the near future.