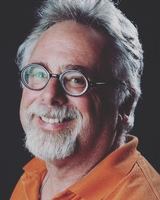 FUNERAL HOME
Duggan's Funeral Service
3434 17th Street
San Francisco, CA
Thomas Peter Webb
Thomas Peter Webb, the sojourner, has reached his final destination. His journey began in Santa Rosa California. The eldest son of Scott E. Webb and Ann R. Colabella. He is survived by his siblings Lynnette (Joe) Babcock. Bernadette (Kennith) Lane, Marian Williams, Gerard (Lokelani) Webb, Jennifer Webb and Michael (Kathryn) Webb. He is also survived by nephews and nieces Michael, Stephen and John Babcock, Amie Lane, Mitchell and Matthias Williams, Jason, Justin, Angela and Alysha Webb-Pigg and Scott and Julia Webb. His aunt Patricia Churchfield and many cousins. He is also survived by numerous great-nieces and nephews.
Tom was always wanting to further his education. A graduate of Cardinal Newman High School he continued at U C Santa Barbara where he graduated with a degree in American Studies. His Master Degrees were Formative Spirituality from Duquesne University, Theology from USF and Pastoral Studies from Catholic Theologic Union.
The highlights of his career were as Catholic High School teacher, lay pastoral Associate and non-profit administrator. The last five years were spent as a Fund-Raising Consultant for Oakland Catholic Worker.
Additionally, Tom has been involved in faith- based ministry, justice, peace and reconciliation efforts including serving on the National council of Pax Cristi USA.
Tom was a die-hard fan of SF Giants, Warriors and the Forty-Niners.
A memorial service for Tom will held on December 28th at 11:00 am, at St. Columba Catholic Church, 6401 San Pablo Ave. Oakland, CA 94608
In lieu of flowers donations in his name may be made to Oakland Catholic Worker,
P.O. Box 19277, Oakland, CA 94619
To plant trees in memory, please visit our Sympathy Store.
Published by Press Democrat from Dec. 21 to Dec. 22, 2019.
MEMORIAL EVENTS
Dec
28
Memorial service
11:00a.m.
St. Columba Catholic Church
6401 San Pablo Ave., Oakland, CA
Funeral services provided by:
Duggan's Funeral Service
MAKE A DONATION
MEMORIES & CONDOLENCES
Sponsored by Duggan's Funeral Service The Duggan Welch Family.
7 Entries
Missing my brother today and everyday. I love you Tommy ♥
Bernadette Lane
January 17, 2020
Missing you every day big brother. You are always in my heart.
Gerard Webb
January 16, 2020
I knew Tom only a short while during his respite after working in the Oakland Catholic Worker. He was working on his next assignment, not knowing where it would be. I was told he had a deep knowledge of Catholic theology. He was totally devoted to serving the poor, the downtrodden, and the oppressed. Tom's presence shall live on in our hearts and his voice in the internet archives of his published writings. The world has lost a true servant.
Eric Christian
December 28, 2019
Sending our love and sincere condolences to all of the Webb family. Keeping you all in our prayers.
Love,
Kevin, Debbie & Mary Lynch
December 27, 2019
Tom was a beautiful person whose desire was to be and to do good. We were privileged to be a part of Tom's life in Pittsburgh, PA. He shared our social justice and peace values and worked for the justice of workers. He lived with us at Amos House, a dedicated Catholic Worker type community affiliated with the Thomas Merton Center in Pittsburgh. Most recently Tom visited us here in Pittsburgh and did a presentation on his recent witness trip to Honduras and the situation there. He invited us to weigh in on US policy on Honduras by contacting our US Congressional leaders. Our lives were enriched by Tom's presence in them.
Peace and comfort to all his family and friends,
Joyce Rothermel and Michael Drohan
Pittsburgh, PA
December 26, 2019
Tom is in the Cardinal Newman Hall of Fame. He pursued justice with compassion and determination. He was deep and genuine. He made me question how I could find and listen to my best self. He was not a big guy, but he had the biggest heart. I would not see Tom for years at a time. Every time that I did see him, it was as if our previous conversation had just ended.Tom worked on what really matters his whole life. He set an example that lives on.
Brien Farrell
December 21, 2019
Jennifer and Bernadette, So sorry for your loss. Losing a sibling is always difficult. May Tom RIP.
Deanna Helm
December 21, 2019
Showing 1 - 7 of 7 results