Waldo T. BOYD
Waldo T. Boyd passed into the 'Abha Kingdom on September 15, 2012 in Santa Rosa CA. at the age of 94. Waldo was born in was born in Wiergor Township, Sawyer County, Wisconsin on February 4, 1918 to parents Mary Stella (Reid) and Waldo Sidney Boyd. Waldo married Anna Bernice Anker from West Des Moines, Iowa on July 17, 1941. After 69 years of marriage he was preceded in death by his wife Anna on September 27, 2010 and his daughter Tahirih Ann (Terri) Boyd on December 17, 1997. Waldo is survived by his daughter Anna Ruhiyyih (Sandy) Eigenman (Bill), grandchildren Kimberly Duarte (Herbert), Duane Brown (Irene), Rhonda Perry, Brian Brown (Marla), Jennifer Vasquez and Daniel Beaman (Melissa) as well as several great grandchildren. Waldo lived a long a varied life. In 1936 at the age of 18 he enlisted in the US Navy and was an ex Warrant Radio/Radar Officer and Chief Radioman. He served abord three ships, The USS Hopkins, USS Zane and the USS Wasmuth. He returned to civilian life in 1940 but reenlisted in 1941 when the Japanese bombed Pearl Harbor at which time he was sent to Treasure Island USN Radar school. After several other trainings he was cleared for 'Secret' and was assigned to CSIR, Univ. of Sydney Radio physics Laboratory in Australia in an All Allied Forces Unit in ECM warfare. Waldo served in this capacity directly under the command of Gen. MacArthur developing a search receiver for detection of enemy radar surveillance aboard submarines producing 50 units which were deployed for service in the S. W. Pacific Theater, Unit Commander, LtCmdr David R. Stanfield, USNR. In 1945 while on the way to the USA "on rotation," the atomic bomb was dropped on Hiroshima and shortly after he was assigned to inactive duty in the U.S. Navel Reserve. He resigned his Warrant Radio Electrician rank after World War II. After the war Waldo put his technical and writing skills to work for Philco, Solar Aircraft Co., and Aerojet-General. While at Aerojet he became manager of technical manuals department, and was responsible for preparing operation and maintenance manuals for rocket engines. He eventually left his industrial tasks to become a full time writer of technical books and articles because he enjoyed telling others abut the world of science. He has authored many books and his fiction and articles have appeared in national publications such as Popular Science and Popular Electronics. Waldo was a lifetime member of the California Writers Club and also wrote under his pseudonym Karl Andressen. Waldo discovered the Baha'i Faith while in Australia and in 1967, moved his family to Geyserville Calif. to managed the Baha'i School. He and wife Anna were active members of the Baha'i Faith, served on the Local Spiritual Assembly of Cloverdale and made their pilgrimage to Haifa, Israel. Waldo, K6DZY, was a proud member of The Society of Wireless Pioneers and with a heavy heart very recently disbanded the organization. He wishes to express his gratitude to the California Historical Radio Society in Berkeley, Calif. for accepting the decades of history that he lovingly maintained. He proudly accepted the 2012 CHRS Herrold Award, which is presented to those who exhibit Outstanding Achievement in the Preservation and Documentation of Early Radio. "73" Waldo will be dearly missed by his family and a large community of friends. A graveside service will be held Wednesday, September 19, 2012 at 9:00 a.m. at Olive Hill Cemetery, 849 Canyon Rd, Geyserville CA. A gathering will follow at the Rancho San Miguel Mobile Home Park club house, 2665 Hardies Lane, Santa Rosa CA. Arrangements by Fred Young F.H. Cloverdale, 894-2540
Published by Press Democrat from Sep. 18 to Sep. 19, 2012.
To plant trees in memory, please visit the Sympathy Store.
MEMORIAL EVENTS
To offer your sympathy during this difficult time, you can now have memorial trees planted in a National Forest in memory of your loved one.
MAKE A DONATION
MEMORIES & CONDOLENCES
Sponsored by James B. Eblin, K8DHW.
9 Entries
Thanks to the glorious historical memories you have divulged competently in the "Sparks Journal", I received the impetus to deepen the past of Marconi officers
Urbano Cavina
Friend
September 12, 2019 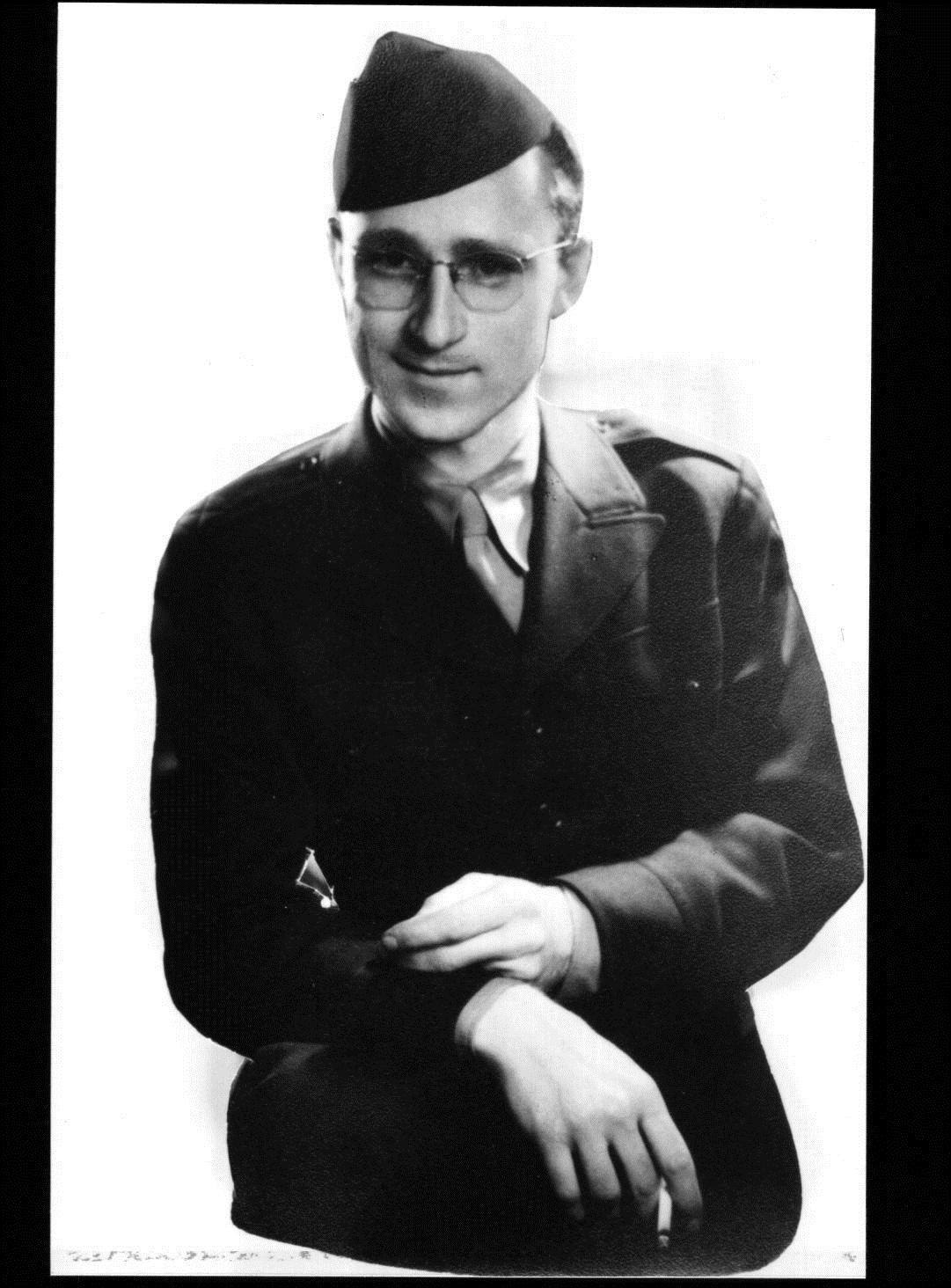 My uncle, who always wrote back when I wrote a letter, and who later, always emailed back and forth when I initiated some communication, there.

Uncle Walt, as I called him, always gave a more than adequate email, never short-shrifted his answers and suggestions for further review.

He helped me get started in understanding the role of cryptography and more, through his writings, and through his published materials, introducing me to his books, and being willing to explain things in back and forth communications.

He was always ahead of his time in that regard, and he used email before most of us knew what it was! I miss being able to go back and forth with him. I knew he was going to follow Anna. He said it won't be long before he'll join her!
Richard Monks
April 7, 2013
Rest in peace Walt ,DK5HE
Kurt R.W. Herp
December 16, 2012
my father, who passed away in December 2007 served on the Hopkins (DMS 13). On behalf of my father, our heart goes out the the Boyd family. My father was SM3 Tom Berrell.
tom Berrell, Jr.
October 27, 2012
I was introduced to Walt online several years ago through the good offices of the late Mike Atlas, N7FC. We had a very meaningful e-mail correspondence over the years, about many things, and at considerable depth. The last email that I received from him was on 9 September, to which I responded on the 13th. It came as quite a shock to learn that he had died on the 15th, only 2 days later. We had been discussing Alan Turing's (the inventor of the programmable digital computer) work on the Eternal implications of Quantum Theory, in which Turing was engaged when he died. This is typical of the kind of things Walt and I discussed. He was a good friend and true. I miss him sorely, and I look forward to seeing him again. Meanwhile, it is my prayer for him that he may rest in peace and rise in glory, and that Light Perpetual may shine upon him.
Jim Eblin, K8DHW
October 8, 2012
To my grandfather, you will always hold a loving place in my heart. You helped me be the person I am today. Thank You
Kimberly Duarte
September 21, 2012
To my favorite uncle who inspired me in my studies through out life, I say thank you. I so wanted to be just like you, I will miss you.
Dennis
Dennis Lemon
September 20, 2012
I've been member of SOWP for years. So long Waldo. Urbano Cavina I4YTE (ex Radio/Officer)
September 19, 2012
It was a great pleasure working with Waldo while I was the last President of the Society of Wireless Pioneers, Inc.
Ben Russell, N6SL
September 18, 2012
Showing 1 - 9 of 9 results