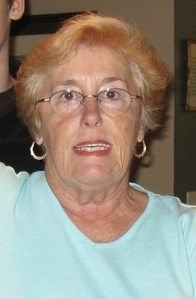 BORN
1944
DIED
2021
ABOUT
Wellington High School
FUNERAL HOME
Gendron Funeral & Cremation Services Inc
2325 E Mall Dr
Fort Myers, FL
Stine, Barbara Ann, - 76, of Fort Myers, Barbara Ann Stine, 76 passed away on October 10, 2021 quietly with family by her side in Hope Hospice in Cape Coral Florida of natural causes. Barbara was born in 1944 in Jersey City, New Jersey, and graduated from Wellington High School in Ohio in 1961. She worked for New Jersey Bell and married her first husband Richard Lyons in 1966. After she was widowed she married Robert Stine in 1979 who was the love of her life. In 1985 she and her husband purchased the Island Pharmacy and Variety Store in Ship Bottom New Jersey which they operated with their family until 2002. In 2013 after Robert's death, Barbara made Fort Myers her full time residence where she enjoyed years of friendships over mahjong, cards and bocce ball with many of her fellow residents. Barbara was a beloved Mother to her two sons, Kevin and Daniel, and mother in law to Deborah Lyons. Her focus later in life was on her five grandchildren Maura, Richard, Margaret (d. 1998), Kevin Jr. and Kiera. She was blessed to have just met her first great grandson, Noah Chase Lyons. She is also survived by many nieces and nephews. Barbara also is survived by her step children and their families, her stepdaughter Debra Stine and her husband Gavin Gist, her step grandson Michael Ussery and great step great granddaughter Deanna, her step son Col. (Ret.) Robert L. Stine Jr. his wife Debbie and their children Jennifer and R.J., her step daughter Kathy Heulitt and her children Danny and Matt. Her step daughter Kim Lopassy, her husband Wade, and their son J.W. She is predeceased by her step granddaughter Jessica Ussery. Barbara was also an aunt to many loving nieces and nephews. Information on services will be forthcoming. Donations may be made in her memory to the Harry Chapin Food Bank of Southwest Florida 3760 Fowler Street Fort Myers, FL 33901-9886.
Published by The Press of Atlantic City on Oct. 14, 2021.
To plant trees in memory, please visit the Sympathy Store.
MEMORIAL EVENTS
To offer your sympathy during this difficult time, you can now have memorial trees planted in a National Forest in memory of your loved one.
Funeral services provided by:
Gendron Funeral & Cremation Services Inc
MAKE A DONATION
MEMORIES & CONDOLENCES
Sponsored by Gendron Funeral & Cremation Services Inc.
1 Entry
I loved your mom.
Lucille Brantl
Family
December 14, 2021
Showing 1 - 1 of 1 results