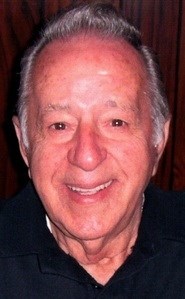 BORN
1922
DIED
2021
FUNERAL HOME
Evoy Funeral Homes Inc
3218 Bayshore Rd
North Cape May, NJ
Franco, Charles J., - 98, of North Cape May, passed away on Monday, July 12 at Victoria Manor, now known as Pelican Point in North Cape May. He was born to the late Joseph and Lucy Franco in Philadelphia on September 24, 1922. He was predeceased by his wife June in March of 2003. Also predeceased by his three brothers, Sylvester, Joseph and Marty and one sister, Catherine. He is survived by three daughters; Joanne Smith of Erma, Lorraine Ramsey of Erma and Cindy (Dean) Umscheid of Town Bank. Also, six Grandchildren; Bobby, Danny, Eddie, Lisa, Krystle and Kevin and nine Great Grandchildren; Bobby, Branden Hunter, Michael, Joshua, Kaylee, Ethan, Maverick and Ryder. In earlier years, Charles was a member of the Town Bank Fire House and also the Lower Township Rotary Club. Charles loved being around people. He enjoyed going to the horse race tracks and to the casinos too. His favorite was the "crap" table. Win some-lose some, but always had a good time. We called him "Good Time Charlie". He served in the United States Army during World War II earning the Purple Heart, Combat Infantry Badge, 2 Battle Stars and an honorable discharge. During years following returning home, Charles was employed by the City of Wildwood as a Special Police Officer of the Wildwood Police Department for the summer for a few years. In the early 60's, upon completion and graduation from the Sea Girt State Police Academy, Charles became employed by Lower Township Police Department as a full-time officer for five years. At the same time, he was employed by Troiano and Sons Masonry where he found his passion to be. He was a perfectionist in his work and he remained with Troiano and Sons until his retirement years. Charles was known for his beautiful brick work and "masterpiece" fireplaces throughout Cape May County. With respect to his final wishes, interment will be at the Cape May County Veterans Cemetery and his services will be private and under the supervision of Evoy Funeral Home. Condolences can be shared at www.EvoyFuneralHome.com
Published by The Press of Atlantic City on Jul. 14, 2021.
To plant trees in memory, please visit the Sympathy Store.
MEMORIAL EVENTS
To offer your sympathy during this difficult time, you can now have memorial trees planted in a National Forest in memory of your loved one.
Funeral services provided by:
Evoy Funeral Homes Inc
MAKE A DONATION
MEMORIES & CONDOLENCES
Sponsored by Evoy Funeral Homes Inc.
1 Entry
May warm memories of Charlie comfort his family during this sad time.
Bob Speigel
July 14, 2021
Showing 1 - 1 of 1 results