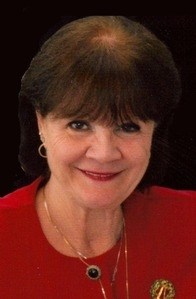 BORN
1944
DIED
2022
FUNERAL HOME
Boakes Funeral Home Inc
6050 Main St
Mays Landing, NJ
UPCOMING SERVICE
Viewing
Jan, 17 2022
9:00a.m. - 10:30a.m.
St. Vincent de Paul Church
Send Flowers
O'Sullivan, Constance "Connie" Ross (nee Casey), - 78, of Mays Landing, went home to be with the Lord on January 11, 2022. She was the beloved daughter of Helen and John Casey and was born in Phila on April 30, 1944. She was one of 14 siblings growing up, and in spite of the many hardships she endured, went on to become a very special lady. She will long be remembered for her unfailing kindness, indomitable smile, and especially her many acts of charity unknown to many at the time. She leaves behind her husband John O`Sullivan; her former husband Henry Jay Ross as well as her two sons, John Ross (wife Mary) and Robert Ross; and her grandchildren Shane (the apple of her eye), Kyle. Matthew and Emily. In addition, Connie is survived by her brothers: Michael Casey (and Kathy), Patrick Casey, James Casey (and Diana); Joseph Casey (wife Kris and daughter Erin) as well as sisters Barbara Norvell-Johns and Theresa Laurence and numerous cousins, nieces, and nephews. Note: She was especially close to her Goddaughter and niece Theresa (Terry) Hackney. Connie was a graduate of St. Nicholas School in Egg Harbor City and later worked as a hairstylist for over forty years at the old Shore Mall. While there, she championed the famous mall walkers. She was married to Jack Ross from 1964 until 1995. She also worked at Lenox China and Ancora Hospital. Her hobbies over the years included bowling and golf although she would admit miniature golf was more to her style in later years. She was an avid collector of Lenox China memorabilia and a longtime member of the American Legion Auxiliary. Her love for sports with her children growing up, left an indelible mark on their future careers. She was the ultimate "Sports Mom" and tried never to miss a practice or game event whether it be football or wrestling. Her passion for the Eagles never ceased even in the lean years and she never missed a Sunday game on TV. She was a long-time devoted member of both St. Katherine Drexel Parish in EHT and St Vincent de Paul Parish in Mays Landing. When she could, she loved to visit St Gianna Parish Church in Northfield. Connie`s Catholic faith was paramount in her daily life. As often as she could, she rejoiced in every opportunity to visit the Padre Pio Shrine in Landersville and the Discovery House Garden walks near Batsto State Park in Mullica Township where she found true peace. On Aug. 25th, 2011, she married John in a private ceremony in the old St Vincent de Paul Church. Over the next ten years, she was blessed to receive the continued love and happiness which she so richly deserved. Connie leaves a legacy to be remembered for her untiring advocacy in helping the poor and the marginalized. She often said, "all I ever wanted was to be a caregiver and to help others in distress". She never did make that long planned honeymoon to her ancestral home in Ireland (due at the time to John`s health issues) but found as much happiness staying close to home. She would say that all she ever needed was a new pair of "Sketchers" and take "One Day at a Time". Her whole life was "always" about others. Her greatest joy was the pride received seeing and helping in the success of her two sons and grandchildren and more recently in caring for and enjoying those special times with her "wonderful husband John". (Her last words to John). In 2017, she gallantly battled breast cancer. Connie will truly be missed by all who knew her and whose lives she so deeply touched. Yes indeed. "A Very Special Lady". A viewing will be held on Monday, January 17th from 9am to 10:30am at St. Vincent de Paul Church, 5021 Harding Hwy., Mays Landing, NJ, where A Mass of Christian burial will be held at 10:30am. Entombment will follow at Holy Cross Cemetery in Mays Landing. In lieu of flowers, the family requests memorial contributions to the American Cancer Society at cancer.org/contactus. Information & Condolences at www.boakesfuneralhome.com
Published by The Press of Atlantic City on Jan. 14, 2022.
To plant trees in memory, please visit the Sympathy Store.
MEMORIAL EVENTS
Jan
17
Viewing
9:00a.m. - 10:30a.m.
St. Vincent de Paul Church
5021 Harding Hwy., Mays Landing, NJ
Jan
17
Mass of Christian Burial
10:30a.m.
St. Vincent de Paul Church
5021 Harding Hwy., Mays Landing, NJ
Funeral services provided by:
Boakes Funeral Home Inc
MAKE A DONATION
Please consider a donation as requested by the family.
MEMORIES & CONDOLENCES
Sponsored by Boakes Funeral Home Inc.
3 Entries
rest in peace connie
enoch johnson
January 15, 2022
Barb and woody god bless All What a nice person
Woody and barb faunce
January 14, 2022
My deepest sympathy to John and Connie´s extended family. I met Connie when we became her neighbor in April of 2017. In the short time I knew her she was a very caring person and cared deeply for everyone´s wellbeing. She will be missed.
Peg Miller
Friend
January 14, 2022
Showing 1 - 3 of 3 results