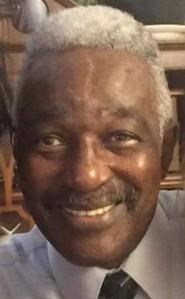 BORN
1938
DIED
2020
Bowman, David Lee, - 82, of Pleasantville, departed this life peacefully on Wednesday, November 11, 2020. He was born in Philadelphia, Pennsylvania, and was the second child of the late Rose Mary (Rice) and Isaac Bowman, Sr. Mr. Bowman lived the majority of his life in Pleasantville, where he attended the public schools and graduated from Pleasantville High School as a stand-out football player. He studied computer systems and coding as a young man and held various positions in retail and sales. In later years after retirement, he worked as a crossing guard in Pleasantville. He was preceded in death by: his parents, Rose Mary and Isaac Bowman, Sr.; children, Michael Mack, Robert, and Kenneth Emerson; brother, Isaac Bowman, Jr.; step-sister, Ava Saunders. David is survived by: his children, Joanne Bowman (Mark Rupinski), Davida Kinnard-Bowman, Gwendolyn Emerson (Carmello), Frances Haque (Anthony Aikens), Davinee Fundenberg, David Fundenberg, Angela Bowman, Shavonne Fields, Guy, Kirk and Kim Emerson; and a host of grandchildren, great-grandchildren, other family members, and friends. Funeral Services are private. Interment Atlantic City Cemetery, Pleasantville. Arrangements entrusted to Greenidge Funeral Homes, Inc., Atlantic City, where condolences may be left at www.greenidgefuneralhomes.com
To plant trees in memory, please visit our Sympathy Store.
Published by The Press of Atlantic City on Nov. 18, 2020.
MEMORIAL EVENTS
No memorial events are currently scheduled.
To offer your sympathy during this difficult time, you can now have memorial trees planted in a National Forest in memory of your loved one.
Funeral services provided by:
Greenidge Funeral Home Inc
GUEST BOOK
2 Entries
Sincere condolences to Joanne and the Bowman Family.
Sonya Harris
November 21, 2020
May God give you All the Strength, Comfort and Peace needed during these trying times. I as that He put a covering over your entire Family. Let the memories of your Love One be your strength and let those Memories lead you on a road of healing for you pain. Hold on to Gods unchanging Hand, He wii see you through Be Blessed
Robin L. Williams
November 18, 2020