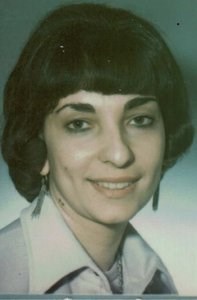 BORN
1941
DIED
2021
Marsden, Edna C. nee Pitale (DeRose), - 79, of Egg Harbor Twp., passed away at home after a long illness on Friday, February 19, 2021. She grew up in Hammonton, graduated from Hammonton High School Class of 1959, and later moved to Egg Harbor Twp. Edna was employed by the FAA Technical Center and retired in 2001 after 36 years. Her greatest joy was her children and grandchildren. She also enjoyed riding with John on their Honda Touring Cycle, including a three week trip through the Rocky Mountains. Eda is survived by her husband John, children Salvatore (Victoria), Mary (Bill), Dede (Rich), Monica (Mike), grandchildren Zack, Becky (Craig), Jacob, Brody, Shannon (Tim), Lauren (Steven), Johnny, Joey, Lily, and great-grandson Ryan. Edna was predeceased by her parents Frank and Lena Pitale and children David and Johnny. A viewing for Edna will be held Tuesday, February, 23, 2021 from 6:00pm till 8:00pm at The Godfrey Funeral Home, 4008 English Creek Ave., Egg Harbor Twp., NJ. In lieu of flowers, the family asks donations be made to the Alzheimer's Association, PO Box 97394, Washington DC 20077-7964. For condolences to the family please visit www.godfreyfuneralhome.com
To plant trees in memory, please visit our Sympathy Store.
Published by The Press of Atlantic City on Feb. 22, 2021.
MEMORIAL EVENTS
Feb
23
Funeral service
6:00p.m. - 8:00p.m.
The Godfrey Funeral Home
4008 English Creek Avenue, Egg Harbor Township, New Jersey
GUEST BOOK
4 Entries
Sal, my deepest condolences to you and your family. May the memories, and the love and support of your friends and family help you though these times. My thoughts and prayers are with you all.
Brad Bayard
Coworker
February 23, 2021
Our thoughts and prayers are with John and his family during this time. Edna was a good person and friend. She will be missed.
Harold and Virginia Williams
February 23, 2021
My sincere condolences to John and family. I have such fond memories of Edna during my time at the Tech Center. Love and Prayers from Little Lynn.
Lynn Walters Miller
February 22, 2021
I have known Edna since the 70´s where we worked together at the FAA Technical Center. She was such a dear friend and I often referred to her as the sister I never had. My thoughts and prayers go out to her family. Edna will be missed.
Lynn Jones
February 21, 2021