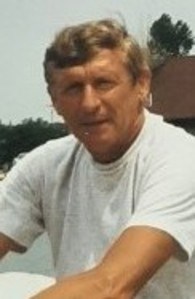 DIED
February 25, 2021
Anderson, Edward P., - 80 , of Galloway , NJ passed away on February 20, 2021. Memorial services will be held privately. He was born in Yonkers, NY, but raised in Philadelphia, PA. Edward became an Eagle Scout at the age of 13. He graduated from the Philadelphia School of Agriculture and Horticulture. Edward served as a United States Army Ranger from 1958-1961. He went on to obtain a Bachelor of Science in Chemical Engineering from Drexel University. Edward had a successful career in Plastic Extrusion for 30+ years, including President and General Manager of Bunnell Plastics and Director of Technology of Furon Company in Mickleton, NJ; retiring in 1999. He enjoyed being Captain of Life Saver and Stand Shore, fishing, gardening, golfing, carving pumpkins for his grandchildren, taking his family out to dinner, and reading a good book in his recliner. He also enjoyed catching, cleaning, and cooking crabs for his children and grandchildren, and vacationing with family and friends. He is predeceased by his parents, John and Margaret Anderson, and three grandsons, Ethan, Lucas, and Isaac Anderson. Edward is survived by his wife, Margaret Anderson; his children, Tracy Anderson, Edward Anderson (Leslie) and Jennifer Anderson; his grandchildren, Jeffrey Sorbello (Melissa), Jacob Anderson, Austin Galea, Drew Galea, Jordan Anderson, Michael Orlowski, and Declan Anderson; his great-grandchild, Samuel Grayson Sorbello; and his siblings, John Anderson (Ellen), Frances Hutchison (Stephen), and Robert Anderson (Janet). Arrangements have been entrusted to Wimberg Funeral Home in Galloway, NJ 609-641-0001. For condolences, please visit wimbergfuneralhome.com. Memorial contributions may be made in lieu of flowers to JCAA – Jersey Coast Anglers Association and Sunshine Foundation.
To plant trees in memory, please visit our Sympathy Store.
Published by The Press of Atlantic City from Feb. 26 to Feb. 28, 2021.
MEMORIAL EVENTS
No memorial events are currently scheduled.
To offer your sympathy during this difficult time, you can now have memorial trees planted in a National Forest in memory of your loved one.
Funeral services provided by:
Wimberg Funeral Home
GUEST BOOK
Sponsored by Wimberg Funeral Home.
3 Entries
Margie and family. Our fondest thoughts and memories of Eddie. Doug is reminiscing about all the fun they had hunting our behind the house and the dinners that followed. Eddie taught Doug Jr. To filet founder that they caught out on the boat. What a great time had by all. What a great man and friend. He always made you feel welcome and part of the family. So sorry for your loss, but may he rest in peace. Cheryl and Doug
cheryl rider
Family
February 27, 2021
Margie and family, we have so many great memories of Eddie. He will always live in our hearts. Doug reminisces about all the hunting experiences with Ed, out behind the house, and the amazing times they had. He taught Doug Jr how to filet flounder on your dock after catching them from the boat. Great teacher, cousin and friend. He will surely be missed. Rest in peace Eddie, you deserve that. All our love, Cheryl and Doug
cheryl rider
February 27, 2021
To Margie and Family~It is with such a heavy heart that I find myself sharing these thoughts at this time. Eddie without a doubt was a super~class act cousin and you know He was held in the highest esteem by the Rider Family. He was deeply loved and respected by Mom, Dad and of course very much so by Skip, Doug and I. Memories are the richest legacy left by those we love and cherish~and we shared some really great ones over the years with Eddie. "Determined"~"Loyal"~"Honest"~"Dedicated"~and beneath that "Old Salt" exterior a man of great and caring "Generosity" and "Compassion"~ But most of all a Truly Loving Husband and Father. Eddie now rests in the "Realm of the Supreme" and He will always be remembered. Margie you are very much loved by Skip, Doug and I and we are thinking of you and your Family more than ever at this time. God Bless Eddie~ With All My Love~Cousin Craig
Craig Rider
Family
February 27, 2021