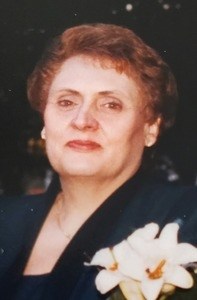 FUNERAL HOME
Freitag Funeral Home
137 West Commerce Street
Bridgeton, NJ
Weiss, Elizabeth A., - 74, of Clarksboro, Elizabeth "Betsy" A. Weiss (nee Spissinger), 74, of Clarksboro and a longtime resident of Atlantic County, passed away Wednesday evening October 6, 2021 at Inspira Medical Center-Mullica Hill in Harrison Township. She had been in failing health for over a year. She was born in Atlantic City and was raised along the Jersey Shore. The daughter of the late Christopher J. and Catherine Gilland Spissinger, she was a graduate of Atlantic City High School in 1964. As a teen, she enjoyed the Shore and dancing on the Steel Pier. Betsy lived in Bellmawr since 2002 and moved to the Shady Lane Nursing Home in Clarksboro this past June. Before retiring, she worked in quality control for the American Red Cross in Philadelphia as a laboratory technician, ensuring the safety of our blood supply. She previously worked in a supervisory capacity for several years at Atlantic City Medical Center (now AtlantiCare) in their Mainland facility in Pomona. Her interests and hobbies included reading (especially Stephen King), All My Children, Disney and was proud of her work in the health care field. She is survived by one son, Michael C. Weiss and his wife Lisa May Weiss of Sewell, and two grandsons, Tyler and Mason Weiss, both students at Temple University. Betsy is also survived by two step sons, Tony Weiss and Phillip Weiss and their families; two brothers, Christopher Spissinger and Paul Spissinger and a special sister-in-law, Mary Spissinger. Relatives and friends are invited to attend a Memorial Celebration and Open House at the home of Michael and Lisa May Weiss, 43 Crescent Hollow Drive in Sewell on Sunday afternoon October 17th from 12 Noon until 4 o'clock. In lieu of flowers, memorial contributions are requested to the Gloucester County Women's Club, PO Box 138, Sewell NJ 08080 (donations will be used to adopt families in need for the holiday season).
Published by The Press of Atlantic City on Oct. 13, 2021.
To plant trees in memory, please visit the Sympathy Store.
MEMORIAL EVENTS
Oct
17
Celebration of Life
12:00p.m. - 4:00p.m.
at the home of Michael and Lisa May Weiss
43 Crescent Hollow Drive, Sewell, NJ
Funeral services provided by:
Freitag Funeral Home
MAKE A DONATION
MEMORIES & CONDOLENCES
Sponsored by Freitag Funeral Home.
0 Entries
Be the first to post a memory or condolences.