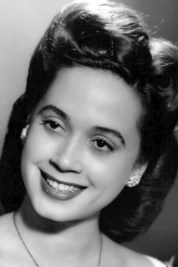 ZUMCHAK, GRACIELA RIVERA 90 - of Mays Landing went home to be with her Lord and Savior on Sunday, July 17, 2011. She was predeceased by her loving husband of 52 years, Joseph Zumchak of Wilkes Barre, PA, son Joseph Zumchak, Jr. of Port Richey, FL, and seven brothers and sisters from Puerto Rico. She is survived by her daughter Ginny Soto and son-in-law Sam Soto of Mays Landing, daughter-in-law Jean Marie Zumchak and grandchildren Joseph Zumchak III and Jacob Zumchak of Port Richey, FL and many nieces and nephews. Born in Ponce, Puerto Rico, Graciela Rivera was blessed with a voice of an angel and began singing opera at Central High School in Santurce, Puerto Rico. She married the love of her life, Joseph Zumchak in 1941. Graciela studied at New York's Julliard School of Music and performed in the USO during World War II. The highlight of her professional career as an opera singer came in 1952 when she became the first Puerto Rican to perform at New York's Metropolitan Opera House as Lucia in "Lucia di Lammermoor". Graciela was an Assistant Professor at Hostos Community College of the City University of New York for 15 years. She received many honors recognizing her unique contributions to the world of opera and the music of Puerto Rico including honorary doctorates from Lehman College, New York, and the Catholic University of Puerto Rico. She retired in Puerto Rico and spent her final years living with her daughter Ginny in New Jersey. A viewing will be held from 3-5pm on Friday, July 22nd at Boakes Funeral Home, 6050 Main St., Mays Landing, where relatives and friends are invited to gather to celebrate her memory followed by reflections of her life at 5pm. A private burial will take place in Puerto Rico at a future date. In lieu of flowers the family requests that donations be made to the Alzheimer's Association. (Info and condolences: www.boakesfuneralhome.com)
To plant trees in memory, please visit our Sympathy Store.
Published by The Press of Atlantic City on Jul. 20, 2011.
MEMORIAL EVENTS
No memorial events are currently scheduled.
To offer your sympathy during this difficult time, you can now have memorial trees planted in a National Forest in memory of your loved one.
GUEST BOOK
6 Entries
My family and I will always remember this sweet lady. We will never forget her "Ave Maria" performance during our relative's funeral four years ago. Her positive spirit was an example to all who knew her. Rest in peace, Graciela.
Nilda Soto, MD
July 21, 2011
I will always be thankful for how Graciela took care of Joey and I, as her grandchildren. With her, I learned how to fly from one city to another, since she was a pro at that. She was, and should remain as, a great cultural icon in Puerto Rico. It's nice to be able to say that I learned to appreciate classical music from her, and I will always remember her powerful voice. Se le quiere Graciela.
Love,
Karrie
Karrieann Soto
July 21, 2011
Bill and I wish to express our condolences I know it is not easy to lose a parent. There is never enough time to be with loved ones.
Ruthann Finger
July 21, 2011
Gary & family,

We're very sorry for your loss. Thinking of you in this time of sorrow.
Candy & Don
Don & Candice Jenkins
July 20, 2011
I wish to express my condolences upon hearing of Graciela's passing. My late Father Bronis Voveris, many years ago had the distinction of meeting her and conducting the King's College Men in Red in Wilkes-Barre, PA. He acknowledged to our family how beautiful she was in person as well as voice. There were other opera stars he personally taught in our home, but Graciala was tops, Sincerely
Ronald Voveris
July 20, 2011
I never knew Graciela but is sounds as if she had an amazing life and did so much for her community. Her picture is what first got my attention. My guess is she was just as beautiful on the inside and she was on the outside. May she rest in peace and may her family have many wonderful memories of her.
Linda Ruff
July 20, 2011