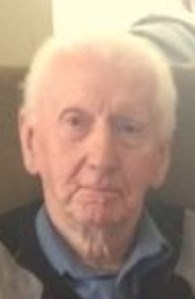 BORN
1931
DIED
2021
FUNERAL HOME
Adams-Perfect Funeral Homes, Inc. - Northfield
1650 New Road
Northfield, NJ
Morey, Harvey C., - 90, of Pleasantville, went home to be with the Lord on Monday, July 12, 2021. He was born to the late Harvey and Sarah Morey in Atlantic City, NJ on April 23, 1931. Harvey attended Pleasantville High School and later went on to study and learn about electronics and television repair. Harvey was employed out of high school with Western Union, and then later went on to work as a TV repair technician. He later became self-employed with his own TV repair business Harvey Morey Electronics, and was also a TV tower technician. Harvey later retired after working for United Food and Commercial Workers Union as a photographer. Harvey was an expert in numerous fields and was very intelligent and meticulous. He knew so much about so many subjects and fields of study, and was the one person whom his entire family could go to for advice or assistance. Harvey had numerous hobbies and interests, including photography, orinthology, computer repair, and working on electronics in his basement. One of Harvey's often talked about thrills as a child was when he witnessed in person the Hindenburg Disaster of 1937, but the greatest experience of his life was when he became saved through Christ. Harvey was a longtime member of Greentree Church where he made many lifelong friends. Harvey was very kind, caring, always tried to help others, and was a father figure to many people. He is predeceased by his wife Doris in January of 2020, whom he was married to for 70 years. He is also predeceased by his son Dennis, and daughter Susan. He is survived by his son David of Pleasantville; four grandchildren: Michael, Jennifer (Luis), Jessica (Michael), and David; five great-grandchildren: Sam, Jadynn, Kiki, Jennessa, and Luie; a son-in-law Floyd; and many close personal friends. A memorial service will be held privately. Arrangements by and condolences at www.adams-perfect.com
To plant trees in memory, please visit our Sympathy Store.
Published by The Press of Atlantic City on Jul. 18, 2021.
MEMORIAL EVENTS
No memorial events are currently scheduled.
To offer your sympathy during this difficult time, you can now have memorial trees planted in a National Forest in memory of your loved one.
Funeral services provided by:
Adams-Perfect Funeral Homes, Inc. - Northfield
MAKE A DONATION
MEMORIES & CONDOLENCES
Sponsored by Adams-Perfect Funeral Homes, Inc. - Northfield.
5 Entries
Rest in peace Mr Morey. While growing up with his sons, he was always kind and generous to myself and all the neighborhood kids.
Joe Massey
July 21, 2021
My parents were friends with the moneys for years, Doris sister june was married to my fathers brother Henry, years ago, very fine people, , May God bless him and his family,
Christie hartwell magee
Friend
July 18, 2021
RIP MR. Morey
Luke Ireland
July 18, 2021
It was an honor to know Harvey Morey he was a noble man. I know he is in heaven with God and his family. We will miss your kind words and wisdom.
Mary morey
Family
July 18, 2021
A fine man and a wonderful neighbor. Condolences to your family.
Brian Vigue
Other
July 18, 2021
Showing 1 - 5 of 5 results