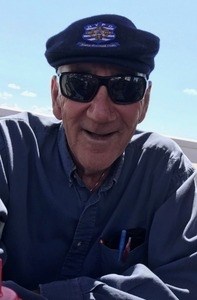 BORN
1953
DIED
2021
WILLIAMS, James "Fiddy", - James "Fiddy" Williams, at the age of 68, passed away peacefully in the comfort of his home on Monday, January 25, 2021. James (Jim) was born January, 5, 1953 and has been a life-long resident of Cape May, New Jersey. Throughout his life he absolutely loved the city, its people and its character. He also lived some of his younger years in California. James is predeceased by the love of his life, his beautiful wife and soul-mate Karen P. (Edwards) Williams, who he enjoyed a wonderful life within Cape May for over 28 years, and who he now is gladly reunited with once again, alongside his parents, brother & sister. James will be dearly missed by his loving family who have been coming down to visit and have fun with their beloved "Uncle Jimmy" in Cape May all their lives. James will also be missed by his numerous local friends which he regularly acquired as he joyfully made his way around town, striking up conversations with whoever he met with a smile. He frequently attended Our Lady Star of the Sea R.C. Church and also enjoyed the company of various different gatherings of the faithful, a source of immense strength for James throughout his life. He also was passionate about music (specifically rock and roll i.e. The Beatles), surfing, and was a Yahtzee and mini-golf champion. James' Funeral will be scheduled for a later date and will be announced once decided. (Spilker funeral Home, Cape May) condolences: spilkerfuneralhome.com
To plant trees in memory, please visit our Sympathy Store.
Published by The Press of Atlantic City on Feb. 16, 2021.
MEMORIAL EVENTS
No memorial events are currently scheduled.
To offer your sympathy during this difficult time, you can now have memorial trees planted in a National Forest in memory of your loved one.
Funeral services provided by:
Spilker Funeral Home
GUEST BOOK
0 Entries
Be the first to post a memory or condolences.