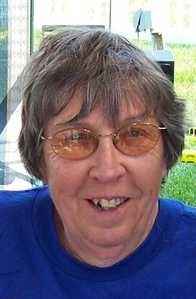 BORN
1933
DIED
2021
FUNERAL HOME
Thos. L. Shinn Funeral Home
10 Hilliard Drive
Manahawkin, NJ
Huebner, Jane Margaret, - 88, of Manahawkin, beloved wife, mother, grandmother, sister, and aunt was called home to the Lord on Saturday, October 9, 2021. Born at home in Egg Harbor City, NJ on February 24, 1933, Jane lived in Egg Harbor City until moving to Manahawkin in 1963 where she spent the rest of her life save a 2 year stay in an assisted living facility. On May 21, 1955, Jane married her soulmate, Leo C. Huebner, Jr. and they had four sons together: Michael, Barry, James, and Matthew. She was very active in both the community and St. Francis parish on Long Beach Island. She was a Den Leader in Cub Scouts and former Stafford Twp. PTA President. At St Francis, she ran the Prayer Meeting group along with her husband, and was involved in Marriage Prep, Renew, RCIA, and served as a Lector, Eucharistic Minister, as well as a CCD teacher. She worked in several jobs for short periods of her life including as a legal secretary, working for Atlantic County, local elections, and in a local business on LBI; though her life's work was raising her family where she was the CEO of the household. Jane was known for her loving and caring nature and her outgoing and talkative personality. She loved life and loved to laugh. There was never a more caring, loving, and involved mother than she was and was always concerned for her husband and children. She would do anything asked of her by both her family and friends and she had a huge heart. She loved spending time with her family, spending time in her pool in the summer, and by the fireplace in the winter. Her children and grandchildren were her pride and joy and her love for them was unending. She was predeceased by her parents (Joseph and Anna Butterhof), her brother (Joseph Butterhof), her husband Leo, and a granddaughter (Heather Papa). She is survived by her sons Michael Huebner and his wife Jeanne of Toms River, Barry Huebner of Barnegat, James Huebner and his wife Karen of Manahawkin, and Matthew Huebner and his wife Cynthia of Manahawkin, a sister Joann Norton of Egg Harbor City, 9 grandchildren Melanie, Joseph, Jasmine, Kevin, Samantha, Matthew, Kyra, Skylar, and Ember along with many cousins, great-grandchildren, nephews, and nieces. Our hearts are broken today, but heaven is rejoicing as it just became a brighter place. A 12:00pm viewing followed by a 1:00 Mass will take place on Saturday, October 16, 2021 at St. Mary of the Pines RC church in Manahawkin, NJ. Memories and condolences can be shared at www.shinnfuneralhome.com
Published by The Press of Atlantic City on Oct. 13, 2021.
To plant trees in memory, please visit the Sympathy Store.
MEMORIAL EVENTS
Oct
16
Viewing
12:00p.m.
St. Mary of the Pines RC church
Manahawkin, NJ
Oct
16
Service
1:00p.m.
St. Mary of the Pines RC church
Manahawkin, NJ
Funeral services provided by:
Thos. L. Shinn Funeral Home
MAKE A DONATION
MEMORIES & CONDOLENCES
Sponsored by Thos. L. Shinn Funeral Home.
0 Entries
Be the first to post a memory or condolences.