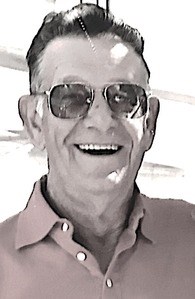 BORN
1934
DIED
2020
Richardson, John J. "Jack", - 86, of Avalon, NJ, passed away on Thursday, September 17, 2020. Jack was born in Philadelphia and moved to Avalon as a young boy. He was raised by his mother's sister, Anna Clegg, and his grandparents, William and Annie Taylor, alongside his cousins Anna Marie (Palmer), Charles, and Bill who quickly became his sister and brothers. Jack immediately fell in love with all Avalon had to offer. He enjoyed hunting, fishing, and clamming in the back bay which he referred to as The Meadow. He also made full use of the public dock on 23rd Street which featured a springboard for diving. He became a proficient diver and a great swimmer. He graduated from Avalon Elementary School in 1948 and Middle Township High School in 1952. Jack volunteered to serve in the U.S. Navy during the Korean War and rose to the rank of Gunner's Mate 2nd Class aboard the U.S.S. Norfolk. After serving four years, he graduated from the Spring Garden Institute where he learned to be an auto mechanic. Soon after he returned to Avalon to become an officer with the Avalon Police Department. He also volunteered with the Avalon Fire Department. In 1958, he met the love of his life; Wilda (Warren) Richardson. He quickly swept her off her feet with the help of some very smooth dance moves that were well honed at the Avalon Ballroom above the Avalon Theater. They wed in 1959 and began a happy 61-year union that produced three children and two grandchildren. Jack's career turned to construction and he helped build homes all over the Seven Mile Beach. He was a foreman for Jim Tracy Builders and later worked for Tozour-Kerr Builders before getting into business for himself as a well-known and respected all-around handyman. While raising his three children; John, Don, and Elizabeth, he considered himself very fortunate to mentor many local boys as Scoutmaster for Avalon's Boy Scout Troop 270. Jack also coached the local Pop Warner football team the Avalon-Stone Harbor Fire-Lions. He built many great relationships with our island's youth through those organizations. He continued to mentor young men as a builder helping to usher them along their way toward finding their niche in our community. His influence on those young boys became quite evident as they grew up to become fine young men, many of whom continued to visit and call on him throughout his long life. Jack founded Richardson's Screen Repair in the 1980's and quickly developed it into an integral part of the community. Throughout his life, he was a vital and active member of the First United Methodist Church of Avalon. He served in whatever capacity they needed. On any given Sunday his beautiful rich, deep singing voice could be heard echoing throughout the church. Jack was a true Avalon icon who touched the hearts and funny bones of nearly everyone in town. During the 70's and 80's, Jack could often be found holding court at Sullivan's coffee counter. His quick wit and gregarious nature made him many friends. It was a role he perfected and he took it with him to his new perch at the Pudgy Pelican after Sullivan's closed and Avalon entered a new era in the 21st century. There, in the chair they engraved with his name, he became a daily fixture as he mixed and mingled with customers and staff throughout the day. He found a second home in Big Pine Key, Florida at the Royal Palm R.V. Park. His love of fishing, friends, and group construction projects served him well. He was loved by all its members. Jack's influence was vast and he is already profoundly missed by that community of close friends. Jack found his greatest joy late in life in becoming Grandpop to Johnny and Lauren. Nothing brought him more happiness than watching them grow up. The delight they brought to him was clearly evident by the warm smile on his face and the sparkle in his eye whenever they were together. He gave to them a part of his heart that they will carry with them always. Jack's full life was an inspiration to many. His contribution to our island was immeasurable. He will be missed as deeply as he was loved. Jack was predeceased by his mother Elizabeth and father William as well as his brothers Don and Bill. Jack is survived by his wife Wilda, his sons John (Judi), and Don (Lorraine), his daughter Elizabeth and his two grandchildren Johnny and Lauren. Visitation hours will be held on Saturday, September 26 from 1pm-3pm at the First United Methodist Church of Avalon. For the health and well being of our elderly loved ones, please limit physical contact, practice social distancing, and wear a mask. In lieu of flowers, please consider a donation in Jack's memory to the First United Methodist Church of Avalon, 3344 Dune Drive, Avalon, N.J. 08202. The funeral service will be private. Condolences at www.radzieta.com
To plant trees in memory, please visit our Sympathy Store.
Published by The Press of Atlantic City on Sep. 20, 2020.
MEMORIAL EVENTS
Sep
26
Visitation
1:00p.m. - 3:00p.m.
First United Methodist Church of Avalon
Funeral services provided by:
Radzieta Funeral Home
GUEST BOOK
3 Entries
We can only imagine that Jack, Dale, Clayton & Ray are singing their old favorites together again in heavenly harmony!! Blessed Royal Palm memories. Our love and sympathy to Wilda and family.
David & Jane Keener
Friend
September 26, 2020
Mrs. Richardson, John, Don and Beth,
I always thought highly of your husband/dad. We had some great conversations when the John and Don were playing football and I was coaching. you have my sincerest condolences.
Ray Dolton
Friend
September 25, 2020
My favorite Blueberry Hill camping ghost story was the ‘Ghost of the Bloody Finger’. Thank you Uncle Jack for that memory that has lasted through the years. To Aunt Wilda, John, Don and Elizabeth we sending you all prayers for comfort and peace.