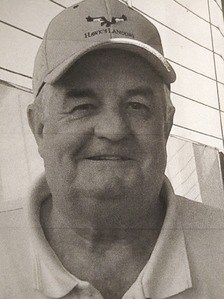 BORN
1943
DIED
2020
Goukler Jr, Joseph T, - 77, of Atlantic City , NJ, On September 5, 2020, Joseph T Goukler Jr, loving husband and father of two children passed away at the age of 77. Joe was born on April 16, 1943 in Audubon, NJ to Joseph Sr and Florence (Peterson) Goukler. Joe spent his youth growing up in the Venice Park section of Atlantic City, NJ, a graduate of Atlantic City High School class of 1961. On May 23, 1964, he married Maureen DiNoto. Together they raised two children Joey and Roseann. Joe served in the Air Force as a weapons mechanic before becoming an Atlantic City Fireman. As Joe rose through the ranks of the ACFD he continued his education earning a BA degree from ACCC. Joe retired in 1992 as the Chief of the Fire Bureau. He continued serving on the State of NJ Fire Code Enforcement Board, until as a retiree he relocated to Orlando, Florida with his wife and daughter. Joe loved traveling, golf and spending time with his family. He was a supportive father, loving husband and well respected fireman. Joe was preceded in death by his father Joe Sr, and his mother Florence and his daughter Roseann. He is survived by his wife Maureen, son Joe (wife Lauren), brother Barry (wife Pat), sister Barbara and four grandchildren Alex, Lauren, Andrew and Nicholas. With the uncertainty of the times, a family memorial service will be held at a later date for both Joe and Roseann in NJ. We ask friends, family and co-workers to take a minute and hug the ones you love, for time passes by to quickly. Cherish the memories of those we love and continue living life to its fullest.
To plant trees in memory, please visit our Sympathy Store.
Published by The Press of Atlantic City from Sep. 12 to Sep. 13, 2020.
MEMORIAL EVENTS
No memorial events are currently scheduled.
To offer your sympathy during this difficult time, you can now have memorial trees planted in a National Forest in memory of your loved one.
GUEST BOOK
5 Entries
Was just Looking at family tree and was wondering about the Goukler's and was sad to see that my cousin Joe Jr had passed. I used to stay at Aunt Florence and Joe Sr's house whenever I came down 60 years ago with my mother, Myrtle Lawler (Peterson). Many great memories. My brother and Joe's Cousin, Ed Lawler, just retired from the NYFD. God Bless.
john Lawler
October 26, 2020
Joe was a great Coworker and friend, so sorry to hear about his daughter also . RIP Joe
Anthony Ingenito, Retired Deputy Chief ACFD
September 23, 2020
So sorry for your loss, Ed Kline, former Mayor of Brigantine
Ed Kline
Friend
September 12, 2020
Joe was both a mentor and a friend. He will be missed.
Nick DeMarco
Friend
September 12, 2020
Rest easy Chief
Tom Bell
Coworker
September 12, 2020