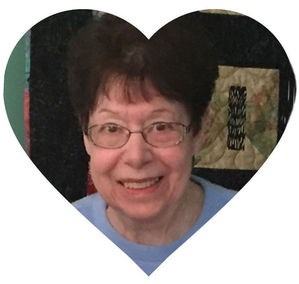 BORN
1940
DIED
2021
FUNERAL HOME
Radzieta Funeral Home
9 Hand Avenue
Cape May Court House, NJ
Whittington, Elizabeth Anna (Heggan), - 81, of South Seaville, passed away at the Crest Haven Nursing Center on Friday, November 26th. Her husband and son being at her bedside when she passed. She battled a lengthy struggle with Parkinson's disease. Elizabeth was predeceased by her parents Margaret Elvins and Jack Heggan, as well as her son Christopher. She is survived by her devoted and loving husband Tim, her son Shaun (wife Debbie), her brother Jon (wife Carol), her sister Colleen. Grandchildren Garryn, Braden, Landon and Leiah.Her extended family of nieces and nephews. Dear lifelong friends including members of Northern Lights and Red Hats. Elizabeth (Betty) was born and raised in Washington Township NJ and graduated from Glassboro High School. She earned a BA degree from Dickinson College in three years followed by a Master's degree from the Teacher's College, Columbia University. Elizabeth began a teaching career in Ridgewood, NJ. This is where she met her husband of 56 years, Thomas (Tim) Whittington. They were married August 21, 1965, and both continued to teach in Bergen County after their marriage. Elizabeth pursued classes in Library Science and later gained her State Certification at Glassboro State College. In 1969, the family celebrated the birth of their son, Timothy Shaun. At this time, they moved to South Jersey and built their current home in South Seaville. In 1976, was the birth of her second son- Christopher Thomas Elvins. Christopher was challenged with cerebral palsy. Elizabeth became the first librarian at the Cape May County School for Special Services. She was instrumental in designing and creating the library when Special Services was opened. She spent the next part of her life caring for her own children and the children at Special Services School. She was creative, caring and kept the students engaged in the library. Her primary goal in life was to make sure everyone enjoyed their daily life. Elizabeth will always be remembered as a Master Puppeteer and for creating a puppet, 'The Wizard'. The Wizard 'flew in' and created a comforting and learning atmosphere for the children. She entertained youth and adults alike with homemade puppet theaters, creative scripts, and imaginative voices. Elizabeth retired in 2000 and joined her husband in taking care of their son Christopher. She was a talented writer, avid reader, loved gardening and watching birds from the large kitchen window. She learned from her mother by example at an early age about the joy of giving to others and continued with compassion and a generous spirit throughout her lifetime. She continued to make sure that all kids she came in contact with were happy and taken care of. Even though her priority was her family she still took the time to help those who needed it. Elizabeth will be remembered for being the most loving wife, mother, grandmother, sister, aunt, friend, teacher, librarian, and puppeteer. She will be forever in our hearts and minds. Elizabeth was known for her love of angels, now she is amongst them, dancing with Christopher. Dance away!! We love you!! Services at the wish of Elizabeth will be private to immediate family. Donations in her memory can be given to: Margaret E. Heggan Free Public Library, 606 Delsea Drive, Sewell, NJ 08080 or Michaeljfox.org giving to Parkinson's Research. Condolences at www.radzieta.com
Published by The Press of Atlantic City from Nov. 30 to Dec. 2, 2021.
To plant trees in memory, please visit the Sympathy Store.
MEMORIAL EVENTS
To offer your sympathy during this difficult time, you can now have memorial trees planted in a National Forest in memory of your loved one.
Funeral services provided by:
Radzieta Funeral Home
MAKE A DONATION
MEMORIES & CONDOLENCES
Sponsored by Radzieta Funeral Home.
1 Entry
QUEEN "ELIZABETH" You will be truly MISSED. Love you, always & forever.
BEVERLY THOMPSON AND FAMILY
November 30, 2021
Showing 1 - 1 of 1 results