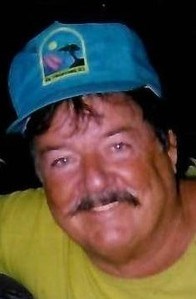 Nolan, Michael James, - of Atlantic City, formerly of Margate, passed away on November 18, 2021 peacefully at home with his companion Gloria Snyder by his side. Born in Philadelphia, but raised in Margate, Michael attended Holy Spirit High School and Glassboro State College. He was employed at Resorts Casino as a Dealer and later pursued his career with the Atlantic County Government where he held positions as Medicaid Program Supervisor, Nutrition Project Director as well as Admissions Director for Meadowview Nursing Home. Throughout his distinguished career, Michael received many awards and citations for his work with juveniles and the elderly. After retiring, Michael received his license in real estate and worked part time at the Bella as a Security Guard. He was also the Assistant Recreation Director for the City of Ventnor for softball, baseball and basketball leagues. Michael had a passion for traveling, going to the beach and doing crossword puzzles. He was known as "Trivia Mike" because of his love and knowledge for music. He also loved to share cherished memories of growing up with friends. Michael lived life to the fullest. He is predeceased by his beloved parents, James Nolan Sr and Dolores Larkin-Hanhauser and brother Stephen Nolan. He leaves to cherish his fond memories, his companion, Gloria Snyder of Atlantic City; brother, James Nolan Jr. (Joanne) of Egg Harbor Township; sister, Kim Hanhauser (Rocky) of Port St. Lucie, Fl., and a host of nieces and nephews. Michael was a friend to all. His good nature will be truly missed by many. Services and burial at Holy Cross Cemetery, Mays Landing, were held privately. Funeral Arrangements by George H. Wimberg Funeral Home, Linwood – Ventnor. Condolences may be extended to the family at ghwimberg.com
Published by The Press of Atlantic City on Dec. 1, 2021.
To plant trees in memory, please visit the Sympathy Store.
MEMORIAL EVENTS
To offer your sympathy during this difficult time, you can now have memorial trees planted in a National Forest in memory of your loved one.
MAKE A DONATION
MEMORIES & CONDOLENCES
14 Entries
Gloria, you were Mike´s Angel on Earth. May He Rest In Peace. You Two were the best neighbors anyone could have, always with a kind word and offering a hand when needed. May you find Comfort and Peace knowing the love and care you gave Michael added years to His life.
Nancy Krumaker
Friend
December 5, 2021
My condolences to the Nolan/Hanhauser Families. I´ve known Mike for many years & so sorry to learn of his passing. May he RIP.
Susan Hess Gilllingham
December 4, 2021
Ms Gloria thinking of you and praying for you. Mr. Michael was so nice. Love you.
Teresa
Friend
December 2, 2021
To the Entire Nolan Family , May you all take comfort in the fact Mike was a true friend to many of us downbeach and in our professional lives . RIP kind Sir !!!!
Steve Collins
Friend
December 2, 2021
Gloria, beautiful obit and great picture. I so regret not getting up to see Mike. Just no excuse for my intention for years and not doing it. I see Jack all the time and he kept me up on what was happening and always said you were taking the BEST of care of Mike. He was such a great guy and blessed to have you. I was married to Jimmy for a time and always close to Mike in those years. Great memories of when he lived with us in Florida but that was a long time ago and Im sorry for not seeing more of him through the years. May God hold you in His loving arms at this difficult time.
Kathleen Merlino
December 2, 2021
My condolences to my Aunt Gloria and the Nolan family.His life all his joy and happiness he shared in our hearts all the wonderful memories of Mike forever ours to keep We love you and miss you always.
Robin & Kelly Fuqua
December 2, 2021
RIP old friend. So many great times through the years, say hello to Itchy.
John Fisher
Friend
December 1, 2021
Mike was one truly nice guy! He was kind to everyone and could jam on that harmonica. Thank you Gloria for caring for Mike. He was blessed to have you
Susan Carberry Andrews
Friend
December 1, 2021
Sorry to hear this sad news. Thoughts and prayers for you, Gloria and Michael´s family.
Denise Buchanan
December 1, 2021
Sorry for your loss we work together for years at the atlantic county nothing he woudnt do for u sorry to hear about his passing
Patricia lisk
December 1, 2021
Having worked with Mike for many years with Atlantic County Social Services, I was always impressed by his compassion for others and his eclectic knowledge of a range of subjects. He was one helluva nice guy. May his memory be a blessing to all who mourn his passing.
David Behr
Work
December 1, 2021
My condolences to Ms. Gloria Snyder and the Nolan family. Michael was very nice and pleasant, I remember that he loved music especially the "oldies". He will be fondly remembered by my family.
Kimberly Arroyo
Friend
December 1, 2021
My sincere condolences to Gloria & the Nolan family. Mike will always be remembered for his love of music, & his generosity towards his friends. He will be truly missed by all that he touched with his kindness. May your soul rest in peace, my friend & brother.
Dave Snyder
Family
December 1, 2021
Jimmy, sorry for your loss.
Joe Guarino
December 1, 2021
Showing 1 - 14 of 14 results