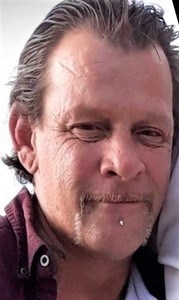 BORN
1974
DIED
2021
Alexander, Paul John, - 46, of Egg Harbor Twp., passed away unexpectedly on Saturday, March 20, 2021, at home. Paul was born in Cape May Court House, NJ to Suzanne R. Fritz and the late John Paul Alexander on July 19, 1974. He attended and graduated from Middle Township High School. He enjoyed working on cars, riding motorcycles; and let's not forget his Natty Ice and the occasional camping. He is predeceased by his father, John Paul Alexander and brother Nicholas Alexander. Paul is survived by his mother, Suzanne "Robin" Fritz of Egg Harbor Twp, son Corey Bunker of the Villas, brothers John Daniel Alexander, John Alexander Griffin, Anthony Alexander, sister Elizabeth Alexander; aunt Mary Carty and uncle Harry Myers; cousins Andrea (Arthur) Branella, Alicia Nowatcki, Tammy Doernbach, Troy Stokes, Crystal Adams, Shannon Carty, Brandi Carty, Nicole Axelson, Alexis Nowatcki and many extended family and friends. He will be missed by all who loved him. A celebration of life will be held at a later time. In lieu of flowers, donations may be made to St. Jude Children's Research Hospital. The family wishes to extend their appreciation to Evoy Funeral Home for their dedicated services. Condolences can be shared at www.EvoyFuneralHome.com.
Published by The Press of Atlantic City on Mar. 27, 2021.
To plant trees in memory, please visit the Sympathy Store.
MEMORIAL EVENTS
To offer your sympathy during this difficult time, you can now have memorial trees planted in a National Forest in memory of your loved one.
MAKE A DONATION
Please consider a donation as requested by the family.
MEMORIES & CONDOLENCES
0 Entries
Be the first to post a memory or condolences.