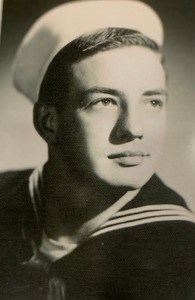 BORN
1941
DIED
2020
FUNERAL HOME
Adams-Perfect Funeral Homes, Inc. - Northfield
1650 New Road
Northfield, NJ
Rowden, Ralph, - 79, of Egg Harbor Township, passed on peacefully before 5 am on 12/08/2020 at his home with his wife Sandy, by his side. Ralph was born in Granite City, IL on 10/18/1941 to Ralph Fred Rowden and Florence Prusak. His father passed on while serving in the US Army during WWII and never got to see his son. Ralph is predeceased by his mother, Florence St. Eve in 2006 and his step-dad Donald St. Eve in 2008. Ralph was brought up in Belleville IL and graduated from Belleville High School. He enjoyed playing baseball and being on the tennis team. He joined the US Navy and became a Master Helmsman, Quarter Master and received his 3rd stripe (1st Class Petty Officer) when in his 4th year in the NAVY. He steered the USS Rowan to many a port and did 2 tours in Vietnam. He received a Bronze Star, Purple Heart and other medals for his time in combat duty. Upon discharge, he worked for Paul Yoman's Consulting Engineers in Philadelphia, PA when he met his wife and later after moving to NJ they were married in Ventnor, NJ in 1967. He worked as a policeman for 6 years in Somers Point and also worked at Caesar's Casinos as a Security Investigative Supervisor and at Showboat and a Surveillance Security Supervisor. He loved repairing antiques and opened his own business in EHT called the Woodsmith Shop. He also worked as a house framer for Scholler and Kern Builders. Ralph is loved and greatly missed by his wife and family and his Grandkids miss his "super fries" and times Pop Pop and NaNa took them to the movies, trampoline park and shipping. Ralph was a member of Friendship Bible Church and thankful to Pastors John and George Quinn for their prayers for him, especially after he had a stroke in January 2020. Ralph could not speak or swallow or move his right side but rapidly gained his strength back. He was thankful also for Shore Medical Center ICU personnel and later for those at BBRH who gave him such good care. Ralph is survived by Sandy Rowden, his wife of 53 years, his son, Ralph Wayne Rowden of EHT; his daughter Lisa Stephanie (Ellis) Stretch of EHT; three grandchildren Jorgen, Axel and Anitra Stretch of EHT; three sisters all of Illinois Jan (Terrence) O'Leary; Mary (Michael) Guest and Barbara (Paul) Gass; one brother-in-law, David Connelly of Absecon; one aunt Helen Smith of Illinois; one nephew Lenny (Sussie) Beyersdorfer of MA. A graveside service will be held with military honors on Saturday Dec. 4, 2021 at 1PM at the Atlantic County Veterans Cemetery 109 St. Highway Route 50 Estell Manor, NJ 08319. Arrangements by and condolences at www.adams-perfect.com