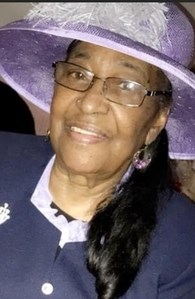 BORN
1927
DIED
2020
Taliaferro (nee White), Ruth, - 93, of Atlantic City, was born April 4, 1927 in Newport News, VA to Leola and Manley White. She passed at home November 13, 2020. She attended Huntington High School where she was a cheerleader. In 1945, she moved to Atlantic City where she met and married Alvin Taliaferro. Together they had five children: Sharon, Alvin Elnardo, Anthony, Temuchin and Derek. Most of her sons predeceased Ruth. When they were sick, she cared for them. During the 1950's & '60's Ruth and Alvin travelled annually to Miami for Mr. Taliaferro's job. In addition to working alongside her husband, Mrs. Taliaferro worked as a sales clerk at Garwood Mills; as a chambermaid at various hotels and motels; and she also worked at Atlantic City Linen.

In 1970, the Taliaferro's opened their childcare center in their dining room with four children. Taliaferro's Day Center Center soon expanded to a building where they were able to care for up to 40 children at a time and employed 7 people. Throughout the years, Taliaferro's' Daycare Center, Inc., gained an excellent reputation as a childcare provider. In 2005, Ruth was recognized by the City of Atlantic City for her years of service and for starting the first childcare center in the African-American community.

In 1992, she joined Grace Family Church, where she was an active member participant until her health prevented her.

A visitation will be held 9AM-11AM, Saturday, November 21, 2020, Cathedral Grace Family Church, 3901 Filbert Avenue, Atlantic City. Arrangements entrusted to Greenidge Funeral Homes, Atlantic City, where condolences may be left at www.greenidgefuneralhomes.com.
To plant trees in memory, please visit our Sympathy Store.
Published by The Press of Atlantic City on Nov. 19, 2020.
MEMORIAL EVENTS
Nov
21
Visitation
9:00a.m. - 11:00a.m.
Cathedral Grace Family Church
3901 Filbert Avenue, Atlantic City, New Jersey
Funeral services provided by:
Greenidge Funeral Home Inc
GUEST BOOK
12 Entries
Sending my love and condolences to the Taliaferro family
Angela Banfield
November 22, 2020
My Heart Felt Sympathies go Out to Sharon, Derrick & Family...Gods Blessings
William ( Buttons ) Nelson
November 21, 2020
My deepest sympathy to Derek,Sharon my sister Vicky children and family.May God strengthen you all.GODBLESS
Margo Watts
November 20, 2020
My sincere condolences in the loss of your grandmother and mother.
Cindy Johnson
November 20, 2020
Diona, what a wonderful Blessing Ms. Ruth has been for you. Always cherish and always remember the memories that you and Ms.Ruth shared. Peace Be With You and your family.
Aunt Nadine
November 19, 2020
To my Tailaferro family. I love you all dearly and my heart goes to you all. My memories of Aunt Sis will forever be treasured.
Candace Hope
November 19, 2020
Expressing my sympathy and sincere condolences to the Taliferro Family. I ask God to comfort you during this time.
Joyce Norris Coleman
November 19, 2020
Hi. I did not know her personally, yet want to extend blessings to her and the entire family! Cary Hughes and the Hughes / Nathan Family
Cary Hughes
November 19, 2020
Dear Sharon and Derek, please accept my heartfelt condolences on the loss of your mother, Mrs. Ruth White Taliaferro. May her soul rest in peace; may God grant you all comfort and strength at this time of bereavement.
Sharon Waters-Pratt
November 19, 2020
wow when i heard the news about you going to see the lord i got excited knowing that all things are done in perfect peace..... I love and miss you Phyllis......
PHYLLIS Roberts
November 19, 2020
Rest In Peace memories of the school in the 70 s
Debra yetter Silver
November 19, 2020
My sympathy for the loss of your love one.
Leona watts
November 19, 2020