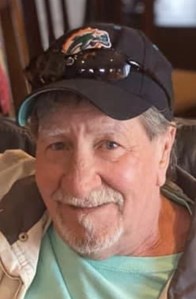 FUNERAL HOME
Parsels Funeral Home
324 New Jersey Ave
Absecon, NJ
Deviney, Steven J., - 65, of Absecon, went home to be with the lord on the morning of January 7th, 2022. Born in Waterloo, Iowa. He grew up and lived in southern Florida for most of his years; relocating to New Jersey a few years ago to be closer to his children and grandchildren. Steve, fondly known as "Pops" to many, lived his life with great zest. An epic storyteller. Stories of his many adventures would leave listeners fascinated, amazed, and in every case smiling. Pops loved being surrounded by family and friends. He enjoyed manning the grill for charity bbq events in Florida. He had a great respect for the elderly and donated his time regularly to the local Fleet Reserve and VFW his parents were active members of. He had a deep passion for fishing and the outdoors which he shared with his grandchildren. In recent years Pops lived a simpler life, a life focused on his health and his family, especially his adoring grandchildren. He worked alongside his grandson Bri Bri and the two could be found jamming on the guitar together, regularly attending Stevie and TyTy's many soccer matches, and relaxing by the pool with Jakey and his little princess Lily. An avid Florida sports fan he spent his weekends with his best friend and son, Brian, watching the Miami Dolphins and Hurricanes. His weekly ShopRite runs with his former wife Kathie Curran (William) was time cherished by both as the two remained dear friends. He was admired and loved by many especially his many boys of the Brew Crew. A life well lived. Steve is predeceased by his Grandma Brown, parents Ralph and Barbara Deviney, and his adoring partner Lori Costello. He is survived by his siblings Dennis Deviney (Cheryl) and Lynn Platkin (Darryl). His son Steven and daughter-in-law Christine their children Steven and Tyler. His son Brian and his son Brian Jr. His daughter Nicole (Goldstein) and son-in-law David their children Jacob and Lily. A private service for family was held at Parsels funeral home in Absecon, NJ. In lieu of flowers, memorial contributions may be made to the Children's Cancer Center of Miami www.ccf-miami.org. A celebration of life will follow in Hollywood Beach Florida a place near and dear to his heart.
Published by The Press of Atlantic City on Jan. 13, 2022.
To plant trees in memory, please visit the Sympathy Store.
MEMORIAL EVENTS
To offer your sympathy during this difficult time, you can now have memorial trees planted in a National Forest in memory of your loved one.
Funeral services provided by:
Parsels Funeral Home
MAKE A DONATION
MEMORIES & CONDOLENCES
Sponsored by Parsels Funeral Home.
2 Entries
Sending our condolences, thoughts and prayers to the entire Deviney family. May you find peace in the many wonderful memories you have with "Pops".
Kate and Scott Stys
Other
January 13, 2022
Rest in peace Steve you will be missed keep watching over your children and your grandchildren
Theresa capriotti
Friend
January 13, 2022
Showing 1 - 2 of 2 results