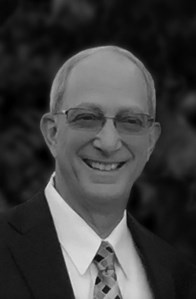 BORN
1951
DIED
2021
FUNERAL HOME
Roth-Goldsteins' Memorial Chapel
116 Pacific Avenue
Atlantic City, NJ
Moss, Steven, - 70, of Egg Harbor Township, NJ passed away peacefully on November 23, 2021 at home with his loved ones by his side. Steven was born in Atlantic City, grew up by the beach in Ventnor, and settled in Linwood to raise his family with his wife, Maria. A graduate of Atlantic City High School and Cornell University with a degree in Business and Hotel Administration, Steven co-owned and operated the Catalina Motel Corporation in Atlantic City. He enjoyed traveling, coaching his kids' sports teams, and playing golf, tennis, and cards. More than anything he loved spending time at home with his family and meticulously tending to his lawn and garden. He is survived by his wife Maria (née Marchetti); his three children, Daniel (Allison R.), Stephanie (Kapil), and Eric (Allison S.); his four grandchildren Abigail, Zachary, Nyra, and Logan; and his siblings Paul (Andrea) Moss, Judith Frankel, and Ronald (Lynn) Moss—all of whom will miss him dearly. Services were held privately. Donations in memory of Steven can be made to the Friends of the Linwood Library at P.O. BOX 261, Linwood, NJ 08221. Arrangements entrusted to Roth-Goldstein Memorial Chapel www.rothgoldsteins.com
Published by The Press of Atlantic City on Nov. 30, 2021.
To plant trees in memory, please visit the Sympathy Store.
MEMORIAL EVENTS
Nov
28
Service
Emeth Shalom Cemetery
10 Lincoln Avenue, TOWNSHIP, NJ
Funeral services provided by:
Roth-Goldsteins' Memorial Chapel
MAKE A DONATION
MEMORIES & CONDOLENCES
Sponsored by Roth-Goldsteins' Memorial Chapel.
7 Entries
Maria...so sorry to learn of Steven´s death...thinking of you and your family during these difficult days.
Nick and Jan Collova
Family
December 15, 2021
Maria, we are so sorry to hear of your loss. Our thoughts and prayers are with you and your family at this most difficult time.
Dr. Howard & Linda Karp
December 4, 2021
Dear Maria and family, We are so sorry for your loss. Thinking of you all at this sad time. Sincerely, Nancy and Joe Eachus
Nancy Eachus
December 4, 2021
Remember playing together as kids. Cousin Stevie, you will be missed.
Cousin Jeffrey
Family
December 2, 2021
I'm so sorry for your loss. My God bless you during this time and give you peace in fond memories.
Shannah Smith
Friend
December 1, 2021
I am so sorry for your loss. Sending prayers for peace and healing your way.
Sue Guenther Weiler
November 30, 2021
Maria- my thoughts are with you and your famly.
Suzie Engelhardt Plummer
November 30, 2021
Showing 1 - 7 of 7 results