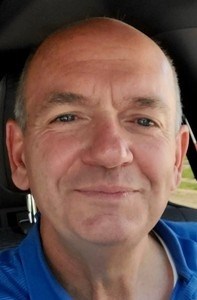 BORN
1960
DIED
2021
FUNERAL HOME
Radzieta Funeral Home
9 Hand Avenue
Cape May Court House, NJ
Smith, Stuart Pierce, - 61, of South Seaville, NJ passed away unexpectedly on July 13, 2021, just a few days after his 61st birthday. He was doing what he loved - riding his bike. Stuart is survived by his wife, Paula Smith (VanArtsdalen) of 35 years; sister, Marcia (Mike) Brenner; daughter, Chelsey Smith (Matthew Sheppard), his beloved grandson, Jude Thomas; along with many sisters- and brothers-in-law, nieces, nephews and great-nieces and nephews who loved their "Uncle Stu". He is preceded in death by his parents, Edgar and Harriet Smith. Stuart was born on July 10, 1960 and raised in Millersville, PA, where he spent his years from birth through college. He received his Bachelor's in Industrial Arts in 1983 from Millersville University, where he met his wife and his "Club Leisure college crew", whom he loved dearly and with whom he continued to party all these years later. Stuart and Paula relocated to South Seaville, NJ in 1985 when he landed his first job out of school as Production Manager at ARC Reprographics in Absecon. There, he not only crafted his talents, but gained a family, working there for 36 years, right up until the day he died. He was ecstatic to live within minutes of the beach, near family and Jersey natives who became his dearest friends. Stuart and Paula married in 1986, and welcomed their first, and only, daughter in 1991. Chelsey was the center of his world, and he was the most devoted, present, and loving father. Always a natural with kids, he took to his aptly named role as "Grandude" with ease and endearment when his grandson Jude was born in March of 2020. They absolutely adored each other, and it is fitting that Jude has an uncanny resemblance to his Grandude. Stuart was an avid bicyclist, a beach-lover, a classic rock guru, and Dogfish Head beer enthusiast. He had recently started his own custom framing business - "Beach to Bay Frames" - inspired by a talent and passion cultivated at ARC Reprographics. He was a fixer, a doer, a creator, a giver; always unassumingly generous with his time and talents for loved ones and strangers alike. Stuart had a wonderful sense of humor, a gift for storytelling, and was a master of both activity and leisure. He loved his home, where he created a paradise during the 34 years he resided there and enjoyed sharing it with his loved ones. He will be deeply missed by all who knew and loved him. A celebration of Stuart's life will take place on Monday, July 19, 2021 at 4:30 p.m. on the beach at 29th Street in Sea Isle City. Interment will be private. Condolences at www.radzieta.com
To plant trees in memory, please visit our Sympathy Store.
Published by The Press of Atlantic City on Jul. 18, 2021.
MEMORIAL EVENTS
Jul
19
Celebration of Life
4:30p.m.
On the Beach
29th Street, Sea Isle City, NJ
Funeral services provided by:
Radzieta Funeral Home
MAKE A DONATION
MEMORIES & CONDOLENCES
Sponsored by Radzieta Funeral Home.
2 Entries
Stuart was a respected friend I knew thru bicycling and my work (and Gail Fisher's) with bluebirds. He helped build the mountain bike trail at Belleplain State Forest and thru his job designed a placard for the NJ Bluebird Society to add on their nest boxes. Life is not fair but I am pleased to have know Stuart.
Allen Jackson
July 24, 2021
Dear Paula and family, Our hearts are saddened to learn of your loss. Please accept our deepest sympathy and know that our thoughts and prayers are with you all during this difficult time.
Renee and Charles Yahara
Work
July 19, 2021
Showing 1 - 2 of 2 results