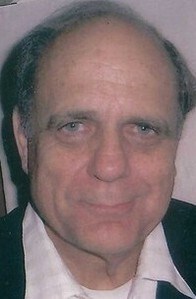 BORN
1937
DIED
2021
Miller, Dr. Wayne Lawrence, - 83, of Bargaintown, originally of Glenside, PA was born in Abington, PA on August 1, 1937 passed away February 7, 2021 at Atlanticare Medical Center, after recovering from heart pneumonia illness and while waiting to go to rehab at Linwood Care, had a stroke. He is survived by his loving wife, Lynn Elizabeth Lafferty Miller of 46 years together. He is also survived by his two daughters Wendy Kelly of Las Vegas, NV and Lisa (LaMaun) Richardson of Henderson, NV. Grandchildren Lindsey (Derek) Jappe, Courtney, Carly, Jordan, Holly Richardson all of Henderson, NV and Heather (Ryan) Mahoney of San Clemente, CA. Great-grandchildren Madison and Ryleigh Dimick, Carson and Jalen Jappe, and Graham and Harper Mahoney. He was proceeded in death by his parents Wallace and Mildred Miller, grandson Brandon Dimick and son-in-law Dr. Christopher Kelly. Wayne attended Abington High School and attended College at Pennsylvania Military College and New England College. He also received his Master's degree from Glassboro State College now known as Rowan State University. He then went on to earn his Doctorate Degree in Psychology. After graduating college, he lived and taught school in the city of Cape May. He then accepted a job as a State Farm Agent in Linwood, NJ. Who after one year was the top sales agent in the state of New Jersey. He was promoted and became a State Farm manager hiring and overseeing 14 agents, 18 years later, leaving State Farm, he opened his own Insurance Agency on 8th Street and Ocean City and continued to be a broker and still the Agency is operating today. He also had a National Cold Case business where he would look for missing people. While keeping his Agency, he worked as a school Psychologist first in Millville, NJ and then in Pleasantville, NJ. Retiring in 2017, continued to manage his Insurance Agency. In addition, he was doing casework testing the school children when the schools were in need. All of this he did until he was hospitalized. Wayne's kindness, strength, and easy going personality was amazing. He would drop everything and help anyone he could. As his wife, I will miss these qualities and especially his love. He was intelligent and inventive and could fix and solve almost anything. He could do anything fixing or building house or a car. Wayne enjoyed many hobbies; cars, model T-Fords one of which he had as a teenager. He also had interests in photography, motorcycles, fishing and hunting and talking to people- especially strangers, and many others, but going to NH White Mountains, where we had a cabin for many years, was most rewarding, and he paddling me around in our rowboat, or ice skating together on Bargaintown Lake, on which we have lived for 41 years. Listening to his Ham Radio, going to dog shows, especially showing Elizabeth, our Basset who won Best of Breed at the 2019 televised National Dog Show and of course, our love of our Basset Hounds which were part of our family through the years, since 1980. Wayne will sadly be missed by not only me, but Bogart, Bentley and Elizabeth, his English Cocker Spaniel and our Basset Hounds! During our years of marriage, there was always something interesting to do with Wayne. We had a mail order business of Kites, Kites, Kites, a darkroom where we developed photos we had taken, both in our little apartment before moving to the Lake. Jingle Bells, a Christmas Store, we owned in Ocean City, a small yacht on which we spent every waking second while owning it. Our favorite place to travel was Bermuda, flying there many times. Also, remarkable, was our QEII Cruise throughout the Caribbean. But most of all, he was always there helping and loving me. We had many plans yet to come. A viewing will be held on Monday, February 22, 2021 from 10am to 11am at Our Lady of Sorrows Church, located at 724 Maple Ave, Linwood, NJ 08221. With a service to follow at 11am. Burial will follow at the Zion Cemetery located at 669 Zion Rd, Egg Harbor Township, NJ 08234. Funeral arrangements are entrusted to the Adams Perfect Funeral Home.
To plant trees in memory, please visit our Sympathy Store.
Published by The Press of Atlantic City from Feb. 16 to Feb. 19, 2021.
MEMORIAL EVENTS
Feb
22
Viewing
10:00a.m. - 11:00a.m.
Our Lady of Sorrows Church
724 Maple Ave, Linwood, New Jersey
Feb
22
Service
11:00a.m.
Our Lady of Sorrows Church
724 Maple Ave, Linwood, New Jersey
Funeral services provided by:
Adams-Perfect Funeral Homes, Inc. -
GUEST BOOK
11 Entries 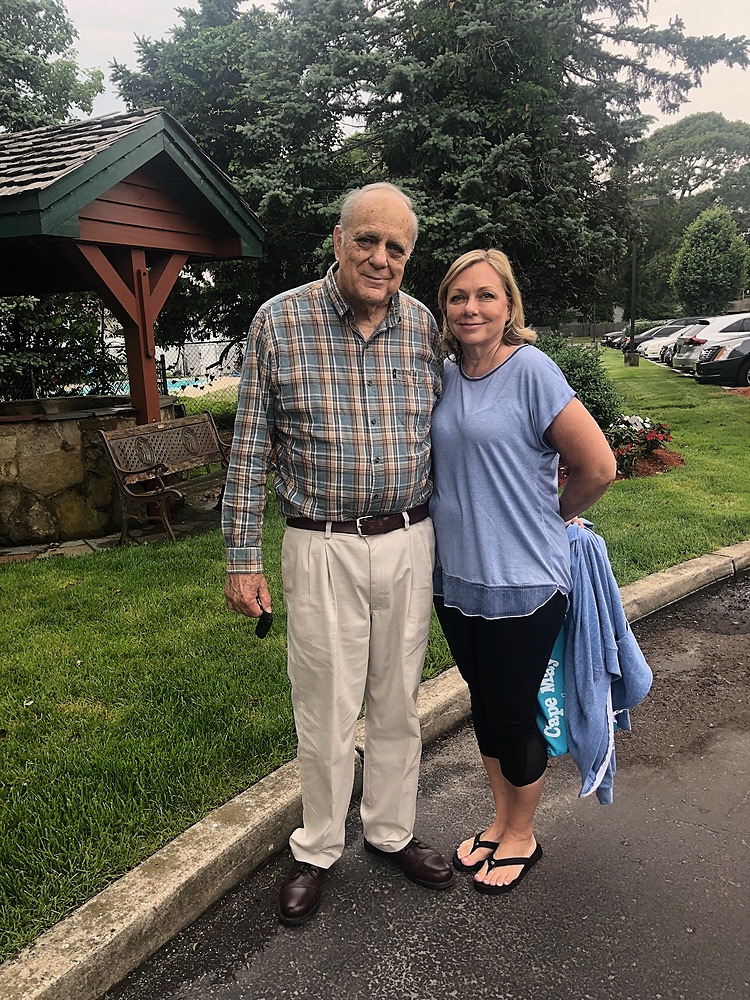 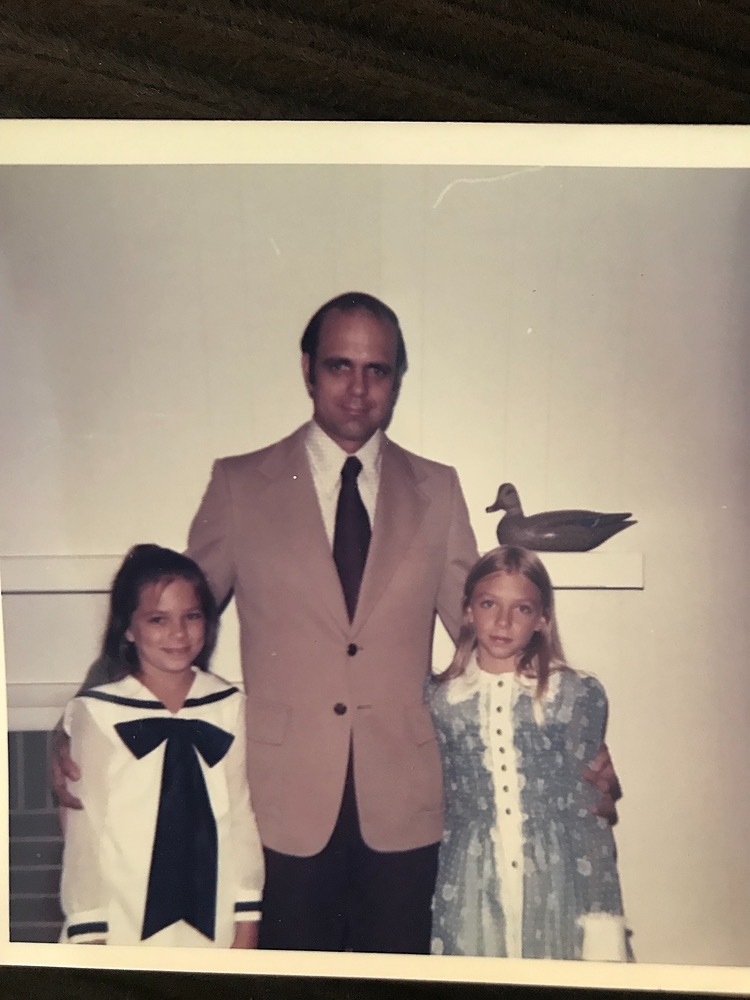 Wendy L. Miller Kelly
February 26, 2021
I was blessed to have my dad as my father. My sister and I have wonderful memories. I´d like to thank everyone for their beautiful messages in remembrance of my dad. Sincerely, Wendy L. Miller-Kelly 5526 Casa Maria Ave LV, NV 89141
Wendy L. Miller Kelly
February 26, 2021
Although I only had the privilege of meeting Dr. Miller one time and talked on the phone several times, he gave me hope in finding my missing sister, a missing persons case he was working on. May you rest in peace and thank you for trying to help me find my sister.
Susan M Sparano
February 23, 2021
I had the pleasure of sharing an office with Wayne while working in Pleasantville Schools. I fondly remember his stories regarding his vast life experiences. I am so sad to hear of his passing. My condolences to his entire family.
Nicole Neville
February 22, 2021
So hard to say goodbye to such a wonderful man. I enjoyed working with him and listening to his many stories about his life and family. Praying for Lynn and his children & grandchildren. RIP Dr. Miller
Sherri Michel
February 22, 2021
Lynn, We are so sorry to hear of Wayne's passing. It has been awhile since we have seen or talked with you so we had no idea that he was so ill. You have our sincere sympathy and prayers. May he rest in peace. Ray & Cathy Lowry
Ray & Cathy Lowry
February 19, 2021
So sorry to hear of Wayne's passing. Please accept our sincere condolences.
Paula & Ellis Goldberg
February 19, 2021
Dear Lynne, Shocked and so sorry to hear of Wayne´s passing. Please accept my deepest condolences. I will keep you both in my prayers Bridget
Bridget Littleton
February 18, 2021
Sending sincere condolences. Rest In Peace Dr. Miller
Cynthia Stocks
February 18, 2021
Wayne was such a loving and caring person and he will be dearly missed. In the years he worked with me in the Millville Public Schools I found him to be a shining light, well loved and touched the world in special ways. He was such a gentle soul and my heart goes out to his family.
Rick Shain
February 16, 2021