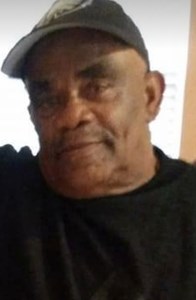 BORN
1951
DIED
2021
Watson, William R. "Punchy", - 69, of Harrisburg, P.A went home to be with the Lord on February 14, 2021. He was born on June 5, 1951, in Atlantic City N.J to the late Louella Watson Wilson and William "Sonny" Watson. "Punchy" or "Will" as he was affectionately known attended the Atlantic City Public School System. He worked various jobs and was also a Marine in the Armed Service before being honorably discharged. He left Atlantic City in the late 90's and moved to Harrisburg P.A. where he began a new life. As he did so, he was motivated to reach back to help so many others along the way. He started a lawn service business and also enjoyed putting his barber skills to work. He was a loving, caring, wise and generous person who truly had a heart for the people. He had a great sense of humor and would love to put a smile on your face. To know him was to love him. He went on to work for Chisuk Emuna Congregation - a synagogue where he was embraced and became a part of the family. When Will retired in 2018, after working almost 20 years for the synagogue, he was honored by a large gathering of members and thanked for his hard work, friendship and faith. He leaves to cherish his fond memories: Three beautiful daughters, Latasha Cherry (Dawud). Tanika Brock (Derek) and Donisha Tobe, one sister, Maria Watson Quince, his ex-wife and dear friend Marsha Rice, 7 grandchildren, 4 great-grandchildren, one aunt, Dorothy McCoy (Lovie) an uncle more like a brother, Derrick Watson (Picky), a special cousin and niece, Toni Wilson and Apriel Quince, uncles, cousins, and a host of extended family, friends and neighbors and last but not least Rabbi Ron Muroff and the entire Chisuk Emuna family. Memorial services are private. Interment will be in the Atlantic City Cemetery, Pleasantville NJ. Arrangements entrusted to Hetrick-Bitner Funeral Homes 3125 Walnut Street, Harrisburg, Pa 17109.
To plant trees in memory, please visit our Sympathy Store.
Published by The Press of Atlantic City on Feb. 20, 2021.
MEMORIAL EVENTS
No memorial events are currently scheduled.
To offer your sympathy during this difficult time, you can now have memorial trees planted in a National Forest in memory of your loved one.
Funeral services provided by:
Hetrick-Bitner Funeral Home, Inc.
GUEST BOOK
12 Entries
Condolences to Marsha, the Watson family & all his love ones.. Haven´t seen Punchy in many years. Great memories from Soldiers Home to KY & the curb Good to read that he lived in positivity & enjoyed his adult years. Punchy was a great person, always greeting w/a great smile and arms open. May he Rest In Peace May God bless all his family & love ones with comfort at this time of sorrow.. Sincerely, Patti Baldwin-Hamlett
Patti Baldwin-Hamlett
February 23, 2021
To Mr Will’s Family - Mr Will was the kindest sweetest man I have ever had the pleasure of knowing. I am so very sorry for your loss. He took the best care of my dear Uncle Nate. No matter what time or how busy he was, he was always there for him and anyone else that needed something. I will miss his smile and his horn beeping at me. RIP Mr Will. You are an Angel
Roslyn Savalovitz
Friend
February 21, 2021
Rest in peace my dear friend
jeremiah kearney
February 21, 2021
Condolences to the Watson Family
Friends
February 21, 2021
Rest In Peace, Cousin Pamela Garrett Mobley
Pamela B Garrett Mobley
February 21, 2021
1900 block of Garfield Ave, As I'm transported back in time. I see the children we were. We were and are more blessed/favored then we ever knew. Thanks for the memories cuz.
Vincent mann Toulson
February 21, 2021
Rest peacefully Cousin Punchy! I will cherish the memories we had playing together in Stanley Holmes Village as kids. God Bless You! Love Diane Watts Coleman
Diane Coleman
February 20, 2021
My memories of Punchy will never be forgotten his smile Would melt your heart I haven't seen punchy in a long time and this picture of him look just like the Watson's Spread your wings And soar with Angels My Dear cousin My Condolence to his daughter
Deborah Toulson Siryon
February 20, 2021
To the family of Will you all have my condolences and prayers. He was my good friend he will be miss by me and many more.
Patricia Roebuck
February 20, 2021
Will, was lovingly known as GOOD BUDDY to us in Jackson Towers because that is exactly what he was. I will truly truly missed him, he was my gentle giant I was always safe and laughing when he was around.
Jane West
February 20, 2021
My condolences to the family kelly Lumpkins mann
Kelly mann
Friend
February 20, 2021
Condolences to the family. So sorry for your loss
Linda Barbour
February 20, 2021