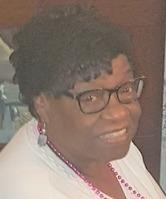 FUNERAL HOME
Joseph M. Johnson & Son Funeral Home - Petersburg
530 S. Sycamore Street
Petersburg, VA
Dorothy Jones Rose
Mrs. Dorothy Jones Rose was called to eternal rest on Thursday morning, April 22, 2021, at her home surrounded by family.
She was the daughter of Alvesta Jones and Otelia Edwards Jones. She was a native of Sussex County, VA. Dorothy attended the public school in Stony Creek( Sussex Co.).
Dorothy was preceded in death by her husband Frank J. Rose; son, Jerry Procise, and a grandson, Carter Rose. She leaves to mourn her passing; three devoted daughters, Janet Rose, Jean Rose, and Vonda Thweatt; a daughter, Gerald Prosise; a very special son-in-law who was a son to her to the end; Kenneth Thweatt. Dorothy also leaves behind one brother, Carl Jones (Sadie); and four sisters; Mabel Parham, Doretha Atkins (Major), Virgie Epps, and Christine Massenburg; ten grandchildren; one very devoted grand-daughter, Latasha Rose; fifteen great-grandchildren, and a host of nieces, nephews, cousins and friends, three devoted; Shannon Jarratt, Carter Prince, and Meco Harper, and others too numerous to mention.
A graveside service for Dorothy Jones Rose will be held at 11 AM, Wednesday, April 28, 2021, at First Baptist Church, Jarratt, VA. A public viewing will be held on Tuesday, April 27, 2021, from 12-7 pm at the funeral home.
Funeral arrangements have been entrusted to the professional staff- Petersburg Chapel- Joseph M. Johnson & Son Funeral Home, 530 S. Sycamore St., Petersburg, VA 23803 (804) 863-4411. www.johnsonservices.us
Published by The Progress-Index from Apr. 26 to Apr. 27, 2021.
To plant trees in memory, please visit the Sympathy Store.
MEMORIAL EVENTS
Apr
27
Viewing
12:00p.m. - 7:00p.m.
Joseph M. Johnson & Son Funeral Home - Petersburg
530 S. Sycamore Street, Petersburg, VA
Apr
28
Graveside service
11:00a.m.
First Baptist Church
Jarratt, VA
Funeral services provided by:
Joseph M. Johnson & Son Funeral Home - Petersburg
MAKE A DONATION
MEMORIES & CONDOLENCES
Sponsored by Joseph M. Johnson & Son Funeral Home - Petersburg.
30 Entries
I'm so sorry for your loss...keeping you in my thoughts and prayers..I used to work with her at Carter's she will be missed by many
Sandy Pond
Friend
May 3, 2021
GMA you was so beautiful an angel has definitely called you home you can finally get your rest no more worries until we meet again I love you
Latasha Rose
Family
April 28, 2021
Well my dearly sweet girl you have been laid to rest today❤
-your granddaughter
Aaliyah Wortham
Family
April 28, 2021
Want to send prayers n condolences to the family. No more pain or sorrow. You were a wonderful sweet lady. Grandma you will be deeply missed. You touched every ones heart that you came in contact with. Love n miss you grandma. Tell carter we all said hello. Rip love you.
Vicky Beaerman
Family
April 28, 2021
May the love of friends and family carry you through your grief.
Dorcas Brown
Coworker
April 27, 2021
My condolences to you and your family
Phyllis Balthrop
Coworker
April 27, 2021
RIP my friend
Magaline Jordan
April 27, 2021
Vonda, Jean and Janet, my deepest heartfelt sympathies to you all regarding the untimely loss of your mother. May she rest peacefully with Our Dear Lord. Your cousin, Marvin
Marvin Ridley
Family
April 27, 2021
May God bless you and your family in this time of sorrow.
Carol Perry-Square
Friend
April 27, 2021
Grandma you will dearly be missed. I really enjoyed coming by n talking to you n visiting you. Love you Grandma. R.I.p. you will be missed
Vicky Braverman
Friend
April 26, 2021
May peace be with you cousins, Vonda, Janet and Jean, during this time of sorrow. I was saddened to hear of Aunt Dorothy Mae's passing.

Prayerfully,
Valencia Ridley Church
Valencia Ridley Church
Family
April 26, 2021
My prayers and condolences to our family and friends for the passing of Aunt Dorothy. You were indeed a Mother whose unconditional love taught your children and others within your reach how to love, give and parent; Your unending service taught them how to reach out and help others in need; and Your patience taught them that life can be handled with God’s help, one day at a time. May God’s peace and rest be yours we pray, until we meet again one day. You will truly be missed, but kept lovingly in our hearts and memories forever.

In Love,
Ramonia Massenburg Prosise
& Family
RAMONIA PROSISE
Family
April 26, 2021
My sincere condolences to the family. May God comfort you during this time.
Katrina Rose-Prosise
Family
April 25, 2021
I was glad I was able to take care of you GMA no more pain no more sorrows u have gotten your wings we will,miss you but you are never forgotten love always your granddaughter and kids
Latasha Rose
Family
April 25, 2021
My heart sadden to hear of the Aunt Dorthy Mae. Always wearing a beautiful smile and a kind word whenever you saw her, she truly missed. No more pain and suffering, resting in the arms of our Savior. Keep looking to our Lord and he take care of you’ll. Family you’ll are in my prayers.
Shelia Rose
Family
April 25, 2021
Virgie Epps and the Rose Family. Extending my heartfelt condolences to you all. Praying God will grant you some measure of comfort, during these difficult days ahead. Keeping you in my thoughts and prayers.
Delores Johnson Bland
April 25, 2021
My Condolences To The Family
Vanessa Mason
Neighbor
April 24, 2021
We are sorry for your loss.She was a very sweet and beautiful lady who will be missed a lot .Prayers goes out to the family .We love you Rip
Joy Kenny McElfish
Friend
April 24, 2021
Also tell me uncle I miss him dearly but may you rest your soul grandma give uncle booboo a big hug for me and tell him I’ll see him soon
Aaliyah Wortham
Family
April 24, 2021
Dear my sweet dear grandma, you will never be forgotten you will always be here but April 22 at 9:00 I got a call saying you have left this world I busted into tears when I heard those words remember are ups and downs but remember the good days we had you will always remain in my heart always ❤❤❤❤❤❤❤❤❤
Aaliyah Wortham
Family
April 24, 2021
To the most beautiful woman I have ever met I love you.. you will be deeply missed. Your a very special angel now and in beautiful hands with God and ur other family up there. We will miss you and may you always r.i.p. love you miss you grandma rose..
Rebecca Hunt
Family
April 24, 2021
Very sorry for the loss of this beautiful woman. She will always be remembered and loved. You are in our heart's forever grandma rose. You will deeply be missed. Now you go and rest with all the beautiful angels.. I love you grandma Rose..
Rebecca Hunt
Family
April 24, 2021
Miss you grandma and love you
Anita Downey
Friend
April 23, 2021
RIP Grandma, we love you and are going to miss seeing that beautiful smile.
Misty Poole
Friend
April 23, 2021
I will miss you grandma
Pamela Atkins
Friend
April 23, 2021
I am truly missing you it's not the same without you we all love you
Dakota Downey
Grandchild
April 23, 2021
We all love you rest in piece your truly missed
Anita Downey
Family
April 23, 2021
Rest in peace ❤ we all love you and miss you so very much it's not the same with you
Hayley Burnette
Friend
April 23, 2021
R.i.p grandma we love you and miss you please tell everybody I said hello
Gabrielle Downey
Friend
April 23, 2021
Rest in paradise GMA we love you too pieces
Latasha Rose
Family
April 23, 2021
Showing 1 - 30 of 30 results