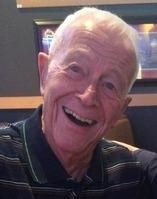 Dworkin, Alan T.
Alan T. Dworkin, 86, formerly of Wickford, RI, passed away on December 10, 2020, peacefully in his South Carolina home. He was the beloved husband of the late Dianne Dworkin, and he is survived by his lifelong friend Ellen Dworkin, his children Jennifer Goldberg, Mitchell Dworkin, and his stepchildren Melissa Giorgio, Meredith Nault, and Michael Conley. Alan is also survived by his grandsons Jamen and Ethan Goldberg and his step-grandchildren Katie, Andrew, Allie, Kristina, and Justin.
Alan was born in Worcester, MA, son of the late Madeline Taber Talamo and late David Dworkin. He was the brother of the late Fern Cohn and the late Ronald Dworkin, and nephew of the late Albert "Uncle Al" Taber. Alan grew up on the East Side of Providence and attended Hope High School. He graduated from Bates College and Boston University School of Law, where he also served as an adjunct professor. Alan started his career practicing law as a partner with Aisenberg and Joslin, then became a partner with Aisenberg, Decof & Dworkin. He went on to practice with Dworkin & Smith before retiring in South Carolina. He was a founding member of the Edward P. Gallogly Family Law Inns of Court, and he was a member of the American Academy of Matrimonial Lawyers. One of the greatest legal achievements that Alan was proud of was in 1974 when he argued and won a federal court judgment against CBS for trademark infringement, successfully defending Victor DeCosta, a Rhode Island native who created the "Paladin" character in the 1957-1963 CBS television show that coined the phrase "Have Gun - Will Travel."
Alan loved sports. He played basketball at Hope High School and Bates College, and worked as a basketball coach at Camp Bauercrest, where his two grandsons now spend their summers. He played competitive golf for years, and always enjoyed watching the Patriots and Celtics. He loved spending time with his friends, driving his mopeds, and telling jokes. Alan was a loving, kind, and generous husband, father, grandfather, brother, and friend.
Due to COVID-19, Shiva was private. Contributions in his memory can be made to Camp Bauercrest in Amesbury, Massachusetts.
To plant trees in memory, please visit our Sympathy Store.
Published by The Providence Journal on Dec. 18, 2020.
MEMORIAL EVENTS
No memorial events are currently scheduled.
To offer your sympathy during this difficult time, you can now have memorial trees planted in a National Forest in memory of your loved one.
MAKE A DONATION
MEMORIES & CONDOLENCES
9 Entries
I had just been talking about Alan a couple of weeks ago. I know you are happy in heaven with your wife and your cat. You will be greatly missed.
Sarah gaskin
Friend
January 7, 2021
Always joking. Good neighbor,good friend.
PeteMacauley
Neighbor
December 20, 2020
Alan had been on my mind alot the last few months. I have surely missed his joke of the day. What a kind, thoughtful and sincere man he was. Always a smile and a laugh to be shared.
Arlene Degges
Friend
December 20, 2020
Alan was a man of such pride and generosity. I knew the day I met him I would call him my friend forever. Alan's smile lit up the room along with his colorful jokes that will be sadly missed. We all will carry Alan in our hearts as he carried us. Love Dixie
Dixie
Friend
December 19, 2020
Alan taught me a lot in the practice. We clashed, as lawyers sometimes do in the heat of battle, but we remained friends. Condolences to his family, Sandra and friends at the Bar.
Bob Oster
Friend
December 19, 2020
To My Dear Friend and Boss...Alan..There are truly no words to express my deep sadness when I heard of your passing...You will always be in my heart and I will miss you dearly...Love "Froggy"

Carol LaMontagne
Friend
December 18, 2020
Alan was a good man and a fine attorney. I can picture him running from courtroom to courtroom as sheriffs would call out his name. No matter. He would always stop to say hello and tell a joke. Grace under pressure! A vanishing breed. May he Rest In Peace.
Jim Donnelly
Friend
December 18, 2020
We in the legal community of Rhode Island have lost another "Great One!" Alan was a "formidable adversary " but he was a true "professional," always civil and courteous. He ALWAYS had a joke to tell, but even better, he was good at telling them!! Rest well, Alan! You deserve the best of what Heaven has to offer. There is a great "Law Firm" being created in Heaven, with Al Factor, Alan Dworkin, Ken Macksoud, and Judge Lipsey, as some recent arrivals, among others! Rest in peace!
Vin DiMonte Esq.
Friend
December 18, 2020
Alan always had a joke to share and an endearing smile. Such a kind man. He will be missed.
Ellen B.
December 18, 2020
Showing 1 - 9 of 9 results