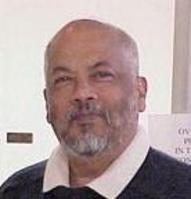 FUNERAL HOME
Avery-Storti Funeral Home - Wakefield
88 Columbia Street
Wakefield, RI
DATTA, DILIP KUMAR, Ph.D
80, of Kingston, passed away last Thursday. He was the beloved husband of Ranima (Baruah) Datta for 45 years. Dilip was a professor of Mathematics at the University of Rhode Island for almost 40 years and retired in 2006. He was a writer, scholar, and sports enthusiast. Born in the northeast Indian state of Assam, he was the son of the late Phanidhar Datta, the first Registrar at Gauhati University, and Ratneswari (Hazarika) Datta. He immigrated to the United States in the 60's and quickly settled into the University of Rhode Island and surrounding community teaching math, coaching youth soccer, and playing in local tennis competitions. Authoring over a dozen books in English and Assamese, he stayed actively engaged in the discourse on teaching math in a supportive environment, and also highlighted Assam's cultural heritage. Dilip developed a passion for supportive math education while studying the successful Potsdam Model developed by Clarence Stephens, an eminent African-American math educator. Dilip wrote a book that catalogued the principles and practices of this program that once produced the highest number of math majors in the nation. Up until his death, Dilip continued writing books and promoting the idea of a caring teaching environment to address Math Anxiety in students. He was embedded in the civic and cultural life of his homeland, as well, highlighting the cultural treasures of Assam. He compiled into a book, the lyrics and poems of Bhupen Hazarika, the renowned soulful Assamese singer and lyricist. Dilip also trekked the cities and villages of Assam recording traditional music and prayers preserving them for musical archives. Other artists whose works he brought into print include poetess, Nirmal Prabha Bordoloi, and the musician/writer, Bishnu Prasad Rabha. He also undertook many charitable endeavors such as creating a school for underserved children in Jorhat, Assam. Like other immigrants of his generation, he worked to establish Assamese and Indian literary, cultural, and charitable organizations in the United States. These institutions live on to this day fulfilling a wide array of civic mandates. He is remembered as being multi-talented, humorous, and scholarly with many interests. He could be found cheering on the URI Rams at basketball and soccer games. Dilip was as energized by a challenging analytical problem as he was by music, literature, and improving the lives of others. Besides his wife, Dilip is survived by a son, Darik, daughter, Manosi, and her husband, Uday Mudoi; a granddaughter, Ruhi; five sisters; many nieces and nephews; and many close friends who were like family until his death. He was preceded in death by 2 brothers and one sister. Visiting hours (viewing) will be between 2 and 4 p.m. on Saturday, October 5th, 2019 at Avery-Storti Funeral Home at 88 Columbia Street, Wakefield, Rhode Island 02879. A memorial will be held at 4 p.m. with Naam (Traditional Prayer) and Memories. In lieu of flowers, memorial donations may be made to the URI Foundations, 79 Upper College Rd, Kingston, RI 02881. For guest book and condolences, averystortifuneralhome.com.
Published by The Providence Journal on Oct. 3, 2019.
To plant trees in memory, please visit the Sympathy Store.
MEMORIAL EVENTS
Oct
5
Viewing
2:00p.m. - 4:00p.m.
Avery-Storti Funeral Home
88 Columbia Street, Wakefield, RI
Oct
5
Memorial service
4:00p.m.
Avery-Storti Funeral Home
88 Columbia Street, Wakefield, RI
Funeral services provided by:
Avery-Storti Funeral Home - Wakefield
MAKE A DONATION
MEMORIES & CONDOLENCES
Sponsored by Avery-Storti Funeral Home - Wakefield.
2 Entries
Dilip was a great friend of my father's and a warm, witty man. He will be missed. Condolences to his family.
Mia N
October 8, 2019
Please accept my heartfelt condolences for your loss. May your treasured memories of Dilip always fill your heart with love and peace
October 3, 2019
Showing 1 - 2 of 2 results