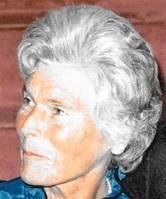 ABOUT
New Trier High School
SEAMAN, ELEANOR J. (KRITZER)
94, passed away peacefully at home in Portsmouth on February 20, 2017. She was the wife of the late Avery Seaman.
Born in Chicago, she attended New Trier High School and then Vassar College before settling in Providence R.I.
A lifelong volunteer, she was active in the Junior League of Providence, the Providence Preservation Society, and The Perennial Planters. For many years, she served as a volunteer and eventually as a Board member of Women & Infants Hospital- an organization she was very passionate about.
As an accomplished gardener, she could often be found tending to her flowers and orchids at Boothden in Middletown, RI. When not at home, her travels included a year spent in Europe cruising on their boat, Conquest, several trans-Atlantic crossings under sail along with trips to Africa, Alaska and China.
She was an avid bridge player, she truly loved the game. (7NT Mom!)
She is survived by three children Avery "Whip" Seaman, Jr. and his wife Judy of Portsmouth, Pamela Jean Seaman of Chicago, IL and John Scott Seaman of Brookline, MA and three grandchildren Sarah, Tripp and Chad.
A celebration of her life will be held on May 4th at 11am in St Columba's Episcopal Church, Middletown, R.I. In lieu of flowers, donations may be made to the Potter League, 87 Oliphant Lane, Middletown, RI 02842. Condolences may be left at monahandrabblesherman.com
Published by The Providence Journal on Feb. 26, 2017.
To plant trees in memory, please visit the Sympathy Store.
MEMORIAL EVENTS
May
4
Celebration of Life
11:00a.m.
St Columba's Episcopal Church
Middletown, RI
MAKE A DONATION
MEMORIES & CONDOLENCES
1 Entry
Thoughts & prayers with all of you.
Cousin Penelope
Penelope Seaman Macduff
March 1, 2017
Showing 1 - 1 of 1 results