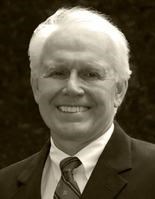 BORN
1952
DIED
2019
ABOUT
Tabor Academy
FUNERAL HOME
W.R. Watson Funeral Home
350 Willett Ave
Riverside, RI
MARTIN, JOHN D
of Mattapoisett, Massachusetts, formerly of Barrington, went to be with his Lord on July 11, 2019. He was surrounded by his loving family and friends who supported him in his battle with Mesothelioma for the last two years.
John was born on April 11, 1952 in Chicopee, Massachusetts, the son of Bradford R. Martin, Sr. and Anna (Pardo) Martin. He spent his formative years in Chicopee and attended Northfield-Mt. Hermon School, Class of 1970. He earned his B.A. cum laude from Tufts University, his M.Ed. from American International College, and his M.Divinity from Yale University. Upon graduating from Yale, John started a career in Independent Schools that included teaching or administrative posts at Choate-Rosemary Hall, Tabor Academy, The Peddie School and Sewickley Academy. He was proud to serve for nineteen years as the 7th Headmaster of St. Andrew's School in Barrington, RI retiring in 2015. During his tenure at Headmaster, the school almost doubled in size, increased its endowment dramatically, and finished an ambitious building program that included a new science building, a new gymnasium, an expanded dining hall, two new dormitories, and an Arts Center. This was the result of two capital campaigns that raised more the $30 million. More significantly, he helped instill a sense of pride in St. Andrew's mission and helped students see their potential. He was always happy to watch a struggling student succeed and walk across the stage to receive a diploma.
After St. Andrew's, John decided to stay busy and became the Headmaster at Nativity Preparatory School in New Bedford, Massachusetts. Nativity is a tuition-free school for underprivileged boys and John felt drawn to the mission having been a scholarship student himself. During his short time as Headmaster, John was able to oversee a change in curriculum as well as a significant building project that added play space for the boys. He also led a capital campaign that raised over $2.1 million for both renovations and a sustainability fund.
A devout Christian, John served as a leader in all the churches he attended teaching Bible classes and Church history. His belief in God's love and salvation carried him through many difficult times. This was especially true as he faced terminal cancer. He never once doubted his faith and believed with all his heart death was not the end.
John married the love of his life Sheila Brennan Martin on March 2, 1985 and together they forged a relationship of love and friendship that stood the test of time. Best friends and lovers, they spent hours with one another attending their children's games, running together, and just having fun. Besides Sheila, John leaves behind three loving sons, Patrick, Conor and John Ryan. He was proud of the men they had become and loved spending time with each of them. John also leaves behind his brother Bradford Martin Jr. and his wife Beth of Agawam MA, his father-in-law and mother-in-law, Bill and Kathy Brennan of Rochester MA, his brother in law, William Brennan and his wife Melissa of Virginia , his sister-in-law Barbara Lochte of Seguine, Texas as well as eight nieces and nephews.
A memorial service will be held on August 23, at 11:00 am. at Barrington Baptist Church in Barrington RI. Burial will be private. In lieu of flowers John asked that memorial donations be made to:

Arrangements are by the W. RAYMOND WATSON FUNERAL HOME, 350 Willett Avenue, Riverside. For online condolences please visit wrwatsonfuneralhome.com
Published by The Providence Journal from Jul. 21 to Aug. 18, 2019.
To plant trees in memory, please visit the Sympathy Store.
MEMORIAL EVENTS
Aug
23
Memorial service
11:00a.m.
Barrington Baptist Church
Barrington, RI
Funeral services provided by:
W.R. Watson Funeral Home
MAKE A DONATION
MEMORIES & CONDOLENCES
Sponsored by W.R. Watson Funeral Home.
4 Entries
Our thoughts and prays are with the Martin family at this time. We are so sorry for your loss.
Lori Patnaude
August 5, 2019
My deepest condolences to the Martin family. Mr. Martin was an amazing man and headmaster. I will never forget how welcoming, eager to hear how I was doing, and proud to tell me about all of the improvements taking place on campus, he was everytime I visited as an Alumni. "Let's make it a great day" always. Ethan Bourque '06
Ethan Bourque
July 26, 2019
Our deepest condolences and sympathy to the Martin family. St. Andrews enriched our daughter's life, and the life our our family. Mr. Martin's leadership, kindness, strength, and generosity of spirit will very much be missed.
Amanda and Christopher Zingg
July 23, 2019
condolences to the family he was a great man and great headmaster my daughter loved having him at her school he was always kind my god be with him always
patricia post
July 22, 2019
Showing 1 - 4 of 4 results