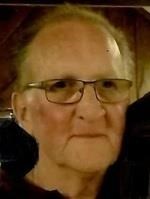 FUNERAL HOME
Russell J. Boyle & Son Funeral Home
331 Smith Street
Providence, RI
McGURN, JOHN F. "JACK"
70, of North Providence, passed away Sunday, August 8, 2021 at the Miriam Hospital surrounded by his loving family. He was the beloved husband of Cheryl A. (Kokoszka) McGurn and would have celebrated their 50th wedding anniversary this October.
Born and raised in the Smith Hill neighborhood of Providence, he was a son of the late William H. and Hope A. (Seddon) McGurn, Sr.
Jack began his career in the newspaper industry at Smith Hill News, then became manager of Wanskuck News for several years, then became a truck driver for the Providence Journal Company for 45 years of service.
He served honorably in the United States Army during the Vietnam War.
A lifelong sports fan, he was an avid Boston Red Sox supporter, and New England Patriots, but his favorite was watching the North Providence Sports teams, particularly his grandson Bradyn's baseball team, and how proud he was to see his granddaughter Alexis graduate from James Madison University.
A communicant of Saint Anthony Church, Jack was a volunteer at the parish Feast, Kitchen Ministry, and drove the bus for the Homeless Shelter.
In addition to his wife Cheryl, he leaves a son, Derek J. McGurn; a daughter, Kerri Lyn Shadoian; a brother, William H. McGurn, Jr. (Ret PPD) and his wife Eileen; four sisters, MaryAnne Brown, Sheila A. Scetta and her husband Michael, Ann E. "Sugar" Bagian, and Colleen McGurn Simoneau and her husband Butch, (Ret PFD); two loving grandchildren, Alexis Mary McGurn and Bradyn John Shadoian; and numerous nieces, nephews and cousins. He was a brother of the late Donald J. McGurn, and brother in law of the late Robert D. Brown, (Ret PFD) and George Bagian, (Ret PFD).
A Mass of Christian Burial will be celebrated Friday, at 11:00 am, in Saint Anthony Church, 1413 Mineral Spring Avenue, North Providence, to which relatives and friends are invited. Visiting hours Thursday, 4:00 - 7:00 pm in the Russell J. Boyle & Son Funeral Home, 331 Smith Street, Providence.
In lieu of flowers, donations to Saint Anthony Kitchen Ministry, 5 Gibbs Street, North Providence, RI 02904 in his memory will be appreciated. For on-line condolences, visit boyleandsonfuneralhome.com.
Published by The Providence Journal from Aug. 10 to Aug. 11, 2021.
To plant trees in memory, please visit the Sympathy Store.
MEMORIAL EVENTS
Aug
12
Visitation
4:00p.m. - 7:00p.m.
Russell J. Boyle and Son Funeral Home
331 Smith Street, Providence, RI
Aug
13
Mass of Christian Burial
11:00a.m.
St. Anthony Church
1413 Mineral Spring Avenue, North Providence, RI
Funeral services provided by:
Russell J. Boyle & Son Funeral Home
MAKE A DONATION
MEMORIES & CONDOLENCES
Sponsored by Russell J. Boyle & Son Funeral Home.
6 Entries
To the McGurn, I am so sorry to hear of Nr. Mcgurn passing. I very rarely called him Jack, he was older than I and deserved the respect of being referred to as Mr. McGurn. He was my first and only baseball coach I had while playing instructional baseball for St. Anthony's church when I was in 2nd grade, in the spring 1983/1984 is. Derek was on my team too. He was a kind, funny and wonderful man. I ran into him years later when I was friends with Melissa King who lived a few years down on my street and Derel was my family's Sunday Morning paper delivery person. I pray he wasn't sick and did not suffer. He didn't deserve that being so kind. Mrs. McGurn I am sorry he passed just before your 50th Wedding Anniversary. He loved you and his family so. May he rest in peace and God Bless him. I pray God helps you and all of Mr. McGurn's family, friends and loved ones during this difficult time. My deepest condolences on your loss of Mr. McGurn. I am sorry this message is so late. I live outside Boston and my parent's neglected to tell me and I just found out of his passing. Please accept my heartfelt message. Always, Valerie (Kerwick) Giliberto
Valerie (Kerwick) Giliberto formerly of North Providence RI now residing in
Friend
October 23, 2021
Dear Kerri and Family: We are deeply saddened for the loss of your beloved dad. We remember all the times you praised your father and his relationship with your son. We pray for all during this time. Love, Everett and Carole
Everett and Carole Pizzuti
August 13, 2021
I am so sorry to hear about the passing of Jack. Jack was a great Man with a greater Heart. We rode together in the food ministry van plenty of Sunday´s to CF. Jack showed me about the gift of giving back. He brought plenty of smiles to the needy, when they needed it the most! Jack is being rewarded in Heaven today!
Mark Nesbitt
August 12, 2021
Cheryl and Family so sorry for your loss Jack was a good friend if it wasn't for him giving me a ride I wouldn' have gotten to work we did both over slept a lot but we got there. He was the first person I met at the Journal and we had a lot of laffs together
Robert and Denise FENNER
August 11, 2021
Dear Cheryl and Family So sorry Jackie passing.You are all in my prayers an thoughts at this very Difficult time . Pam DiGiacomo Jim Murray
Pamela DiGiacomo
August 11, 2021
We are deeply sorry about the loss of Jack. We will remember Jack in many ways especially with a big smile and a great sense of humor, always great with a story. Most importantly we will remember Jack as a wonderful husband, father and friend.
Tom & Mary
August 11, 2021
Showing 1 - 6 of 6 results