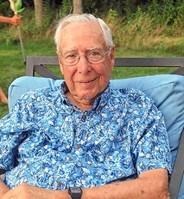 BORN
1930
DIED
2018
FUNERAL HOME
Monahan, Drabble, and Sherman Funeral Home
210 Taunton Avenue
Providence, RI
HAVENS, PHILIP VALENTINE
88, of Little Compton, RI died peacefully in his sleep on December 17, 2018, at Laurelmead in Providence, RI. He lived a full and prosperous life, first and foremost was his love of people.
Born in Brooklyn, NY on October 25, 1930, he was the son of Donald and Louise Havens and the brother of Nancy and Donald ("Tony") Havens.
He graduated from Hackley School, Tarrytown, NY in 1949, Harvard College in 1953 and completed his Masters in Education at Columbia University.
On August 9, 1962, he married the love of his life Lee Cairns Havens.
He is survived by Lee, his two children Matthew Havens and Heather Myers, their spouses Stacy Havens and David Myers, his four grandchildren Andrew, Spencer, Zachary and Christopher and his nieces, nephews, and cousins, all who love him very much and will miss him dearly.
His life was spent as an educator, a coach, and a friend. He spent his first 20 years in education teaching English and history, coaching swimming and working in administration at Hackley School. Phil became a headmaster in 1974 at Woodmere Academy in Long Island, NY and then at Charles Wright Academy in Tacoma, WA beginning in 1977. He ended his career as the Director of The Edward E. Ford Foundation. Phil remained active in retirement serving on several boards, including E.E. Ford Foundation and Hackley School.
Phil was a devoted member of St. Andrew's by-the-Sea Episcopal Church in Little Compton, an avid golfer and four time club champion at Sakonnet Golf Club. He loved to ski, travel, to read and sing which he most recently did as a member of the Tiverton Chorus. He loved the power of words and was a passionate supporter of political campaigns as he held a deep love of country and democracy.
A memorial service is planned for Spring 2019. In lieu of flowers, donations may be made in Phil Havens' name to either American Heart Association PO Box 417005, Boston, MA 02241 or Alzheimer's Association PO Box 96011, Washington, DC 20090 www.monahandrabblesherman.com
Published by The Providence Journal from Dec. 19 to Dec. 20, 2018.
To plant trees in memory, please visit the Sympathy Store.
MEMORIAL EVENTS
To offer your sympathy during this difficult time, you can now have memorial trees planted in a National Forest in memory of your loved one.
Funeral services provided by:
Monahan, Drabble, and Sherman Funeral Home
MAKE A DONATION
Please consider a donation as requested by the family.
MEMORIES & CONDOLENCES
Sponsored by Monahan, Drabble, and Sherman Funeral Home.
4 Entries
I sang with Phil in the Greater Tiverton Community Chorus. We stood next to one another during one Christmas performance, and he made me laugh. He was such a charming gentleman. We also joked a lot while working out at Four Corners Gym. Lee also sang with me as an Alto in the Chorus. I am so sad for his family and for all of us from his loss. He was such a sweet man. God bless you Phil and your family.
Kathy Gardner
June 8, 2019
I met Phil in 2011 as his computer guy. After a couple years of visits, I realized he liked to talk with me. That was when we became friends. I'd call when I was in the area and he'd invite me to stop by to 'fix' some issue. Even once he went out to Laurel Mead, I visited several times and we still spoke on the phone. It was today passing by his road in LC that had me thinking we hadn't talked in some time and I had a bad feeling. This feeling is true. Phil, my friend, has passed on to the 19th hole. Cheers to you Phil on my next golf outing. Your conversations and wisdom will be missed. My condolences to all his family.
David Vieira
April 9, 2019
Phil introduced us to St Andrews by the Sea while we rented his moms home. We enjoyed his friendship and will miss him dearly.
Our love the family
December 21, 2018
Dear Mrs. Havens and family,

We are so sorry for your loss. Our deepest heartfelt sympathy. We will miss him dearly.