HALL, 'BILL' ROGER W., 75, of Rocky Hill Road, North Scituate, died Tuesday at home. He was the husband of Gertrude M. (Berube) Hall. They were married for 53 years.

Born in Smithfield, a son of the late Warren R. and Mildred (Tinkham) Hall, He lived in North Scituate, previously living in Cumberland. Mr. Hall was an experimental machinist with The Foxboro Company for 35 years until retiring. He was a well known Blue Grass musician, songwriter and Band Leader and he was recently accepted as one of the 200 original Pioneers of Bluegrass by the International Bluegrass Music Association (IBMA).

He is also survived by his children, Allen T. Hall of Ellington, CT, Linda M. Irish of Warwick, Sharon R. Matthews of Scituate and Deborah B. Hall of Cumberland; seven grandchildren and seven great grandchildren, and a sister, Carol Hall of Scituate. He was the father of the late James A. Hall.

Funeral Service Saturday at a time to be announced in the ANDERSON-WINFIELD Funeral Home, Route 44 at Greenville Common, Greenville. Burial in Acotes Hill Cemetery. Visitation Friday 4-7 PM. In lieu of flowers, donations may be made to BCA Bull Dog Rescue Network, c/o Shar Kynaston, P.O. Box 1049, Kaysville, UT 84037. For messages of condolence and directions, visit andersonwinfield.net


To plant trees in memory, please visit our Sympathy Store.
Published by The Providence Journal on Apr. 22, 2010.
MEMORIAL EVENTS
No memorial events are currently scheduled.
To offer your sympathy during this difficult time, you can now have memorial trees planted in a National Forest in memory of your loved one.
MEMORIES & CONDOLENCES
Sponsored by Myrna Riquier.
27 Entries
I WAS SAD TO LEARN THAT BILL PASSED AWAY ! IT WAS MY FRIEND !IN HEAVEN PLAYING BEAUTIFUL MUSIC TOGETHER. THANKS FOR ALL !PHILIPPE FROM FRANCE !
CHECA PHILIPPE
July 1, 2013 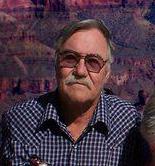 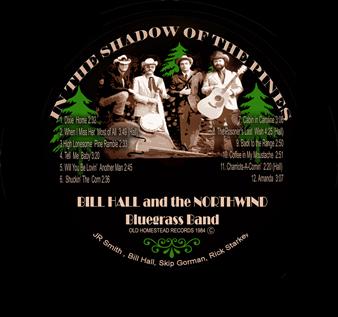 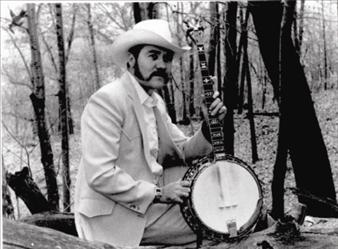 August 13, 2010
Dear Family,
I was saddened to hear of Bill's death. I spent a good deal of 'stage time' with Bill, Carl, J.R. and others many years ago. I always remember Bill just grinning and playing - truly enjoying making music. My belated condolences. He was a nice man and a good musician.
Ted Hilliard
Florence, SC
July 1, 2010
Gert - I was extremely saddened to hear of your sorrow with the passing of your husband. Although I have never had the pleasure of meeting Roger, he appears to have had many wonderful qualities. I'm sure he truly was your soul mate having been married for 53 years. I just wanted you to know that my thoughts and prayers are with you. May god watch over you and your family and console you through these difficult times.
Lori Arico
May 6, 2010
Gert, I am so sorry, I just found out today from Lori of your husbands passing. Even though I never met him I can see that he was loved and cherishedd by many. May he rest in peace. You are in my thoughts and in my prayers. God bless.
Alma
May 6, 2010
GERT AND FAMILY: I JUST FOUND OUT TODAY ABOUT YOUR LOSS, ROGER AND GERT WILL ALWAYS HOLD A PLACE IN MY HEART AND PRAYERS. IT WAS ROGER FORTUNE AND I THAT INTRODUCED THE TWO OF YOU YEARS AGO. ROGER HALL IS A LEGAND TO ME AND MY CHILDREN, WE ALWAYS LOVED HIS MUSIC.NOW THE 2 ROGERS ARE IN HEAVEN PLAYING BEAUTIFUL MUSIC TOGETHER. LOVE MERRIAM FORTUNE
April 27, 2010
Sadness fills my heart as I write these few words to to a family I have known as far back as my memory goes.
I am sorry for your loss,I know he was a good man. My dad passed away 1 year ago Feb. and he was there for me as he was my dads best friend.He will be greatly missed and remembered. I am sorry I did not find out till April 26th and missed the services my best to all his Family and friends.
Robin Cote (Fortune)
April 26, 2010
Dear Gert & Family:

We are in Florida and we heard about Bill's passing. We want you to know that we are so saddened and sorry about Bill's untimely death. The last time we saw you and Bill was at the Wood River Inn in Hope Valley at which time we had a most enjoyable visit. I remember years ago when I went to your house in Stillwater and Bill told me the story about how he learned to play.
When he told me about the dream he had about playing on the stage at the Grand Ole Opry. How he jumped out of the bed and grabbed the banjo and started playing like he was on stage. I remember them time he made a set of tuners for my old banjo. I will never the fun times I had playing with Bill at the different joints around the Cumberland area. Again, we are so sorry for you and your family.

Bob & Ann Lawrence
Hope Valley, R. I.
April 26, 2010
Our thoughts and prayers are with you.
The tears will fade away but the wonderful memories will always remain.

Sue and Ron MacKenzie
(Michelle's Parents)
April 24, 2010
TO THE HALL FAMILY. I MET BILL TWICE, A VERY GOOD MAN. HE NOW PLAYS IN THE ANGEL BAND.
PAUL SWEET
April 23, 2010
faith & jason sleeper
April 23, 2010
I first met Bill in Gaylax Va. in 1972 at the national fiddlers convention. In the distence I could here this banjo playing a very destenct, beautyful, jumping out, coming at you sound, I just had to see where and who it was coming from. There stood Bill, Carl and others, their lead singer and guitar player wasen't with them. Bill had joined the band contest, after a fiew songs Bill ask if I would go on stage with them (who would turn down an offer like that, getting to pick on stage with a banjo picker and fiddler of that callaber?) Guess what? We won, not only we, but I won a friendship that has lasted for 38 years.
Bill will remain in my memory as long as I have a mind to remember with. The sound of the music he made will always fill my listining ears. My prayer is after this life is over for me, we could once again take the stage together in a world that has no end! God Bless you Gert and all your family. Roy Smith
Roy Rmith
April 23, 2010
I am so sorry for your loss. Bill will be missed by a great many people. He was such a joy to pick with and his teaching and advice on how to play music was a great help to many. I am honored to have known Bill.
Allen French--Sterling, CT
April 23, 2010
Lex I'm very sorry for your loss. It's never easy as you know I know you know... If there is anything I can do for you or even just to talk please call me. I know your uncle, my Mom, Dad and Mikes sister are all talking about us and playing songs! Kisses to you honey!
Mike and Mike
April 23, 2010
I will always remember traveling around to all the bluegrass festivals that Bill and my dad played. I will also never forget my first flight!! My prayers are with you and your family.
Jennifer (Cook) Kinney
April 22, 2010
Our deepest synpathy to the Hall family. He will be deeply missed. Some of our fondest moments were being on stage with Bill, and also he played at our wedding. Sincerely, Gordon and Gail Pike
Gordon Pike
April 22, 2010
Roger Bill Hall taught my brother Brian and I how to play the banjo. He spent countless hours taking us note for note through songs he knew well, and some he had written. But he taught us much more than Bluegrass, it was life lessons, and how to be a good friend, and the important things that makes a person who they are. Bill was a great man. He'd deny it, but he was one of the best.
Mark Cavanagh
April 22, 2010
our deepest sympathy to Gert and family.May your memories of Roger be your help you in this time.
Florence @ allen Vickers
April 22, 2010 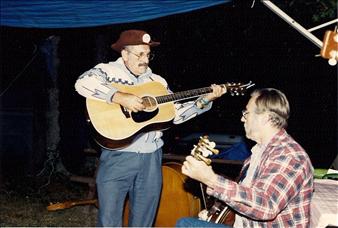 Gert,Family and Friends - Our thoughts and prayers are with you always.Bill will always be alive and well in my mind - and all the good jams and times we shared together will keep me
going...untill we meet
again...sincerely
Marcel & Jo-Ann Huguenin
April 22, 2010
Bill spent a life time promoting the bluegrass genre. Many looked to him as a mentor. His name will certainly live on in the bluegrass community as one of its icons. My condolences to Debbie, Gert and the Hall Family.
Myrna Riquier
April 22, 2010
May God Bless this family in your time of grief. We love you
Roy, Barb, Kenny and Rhonda the Smith family
April 22, 2010
Gert and Family - so many fond childhood memories with all of you that always brings a smile....all the fun as "the boys" did their shows. We have been blessed to have shared so many laughs and good times together. My thoughts and prayers are with you. With much love - Ann Williams, Knoxville, TN
April 22, 2010
MY SINCERE SYMPATHY TO BILLS' FAMILY AND FRIENDS. BILL WAS A GENUINE NICE GUY, AND THE BLUEGRASS COMMUNITY LOST ONE OF ITS' VERY TALENTED MUSICIANS.
I CAN SEE HIM NOW: JAMMING WITH BILL MONROE,LESTER FLATT,AND A WHOLE OTHER BUNCH OF TALENTED MUSICAL FRIENDS IN HEAVENS' BAND.
REST IN PEACE BILL.
BONNIE GAUTHIER
April 22, 2010
He was always a good friend. When I first met Bill I didn't know nothing about bluegrass, between Bill and his cousin Fred, I learned a lot about bluegrass music and I thank him for all that. To me he was a true friend. My name is Big Jim Carrara.
April 22, 2010
A whole lot of very wonderful memories of Bill will keep him alive in our hearts.
With our love,
Laurie and Richard Graham
April 22, 2010
Showing 1 - 27 of 27 results