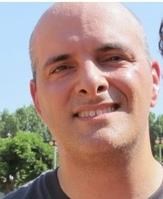 Perrotta, Thomas
Thomas "Tom" Perrotta, 44, of Brooklyn, NY, passed away peacefully at home on January 6, 2021. He was the beloved husband of Rachel Kane and father to Paul and Sean. Born in Providence, he was the son of Norma (Rattenni) Perrotta and the late Leo Perrotta.
In addition to his wife and sons, he is survived by his siblings Leo J. Perrotta (Debbie) of Portsmouth, Michael Perrotta (Rhonda) of Cranston, Lisa Hanch (David Lefort) of North Providence, Patricia Martineau (John) of Johnston and John Perrotta of North Providence. He also leaves 2 nieces and 3 nephews.
Tom attended North Providence High School and graduated from Northwestern University's school of journalism. He became a freelance sportswriter, specializing in tennis, and wrote for several publications, including the Wall Street Journal. He traveled extensively around the world to cover tennis tournaments. It was his "dream job," but his first love was his family. He treasured his visits to Rhode Island, returning often for holidays and other family gatherings, summertime visits to Charlestown beach and stops at Mr. Lemon for lemonade.
Tom was a loving and generous person who always went out of his way to help friends and colleagues. His memory will be cherished by all who knew him.
A memorial Mass will be celebrated at a later date.
Published by The Providence Journal on Jan. 17, 2021.
To plant trees in memory, please visit the Sympathy Store.
MEMORIAL EVENTS
To offer your sympathy during this difficult time, you can now have memorial trees planted in a National Forest in memory of your loved one.
MAKE A DONATION
MEMORIES & CONDOLENCES
2 Entries
Norma,

I am so sorry for you loss.....keeping you and your family in my prayers.....
Valerie DonFrancesco
Coworker
January 18, 2021
To the Perrotta Family,
We are saddened to learn of the passing of Tom. He had been coming to Mr. Lemon since a young child and eventhough he moved out of state, he always came to visit us when he was in Providence bringing his family and sharing his childhood memories. Our sincere condolences to his wife, boys, Mom, siblings and extended family. We will never forget him.
Joe, Janice, Colleen and Mama Lemon
( Mr. Lemon)
Janice Rao
January 17, 2021
Showing 1 - 2 of 2 results