Born in Pittston, he was a son of the late William and Catherine (Sekusky) Wrubleski. John was educated in the Pittston Area schools and served in the U.S. Army Reserves. He worked for the Pennsylvania Turnpike for many years until retirement.

After retirement, John found his true calling in life. In 1990, John walked through the doors of the former Word Fellowship Church in Old Forge, now renamed Triboro Community Church, he knew his life had been saved. He devoted his life to helping others, telling them how his life had been transformed by his Lord and Savior, Jesus Christ. He first served as a deacon, and then went on to become an ordained minister. He served as an associate minister for Changed by the Word Ministry, a prison ministry and men's ministry. His primary focus was helping those who were troubled with issues like substance abuse. Sharing his testimony, he would minister to everyone he encountered, whether they were at one of his meetings or on the street. He was also a part of the Street Ministry and went on mission's trips. John was a great man of faith who would help, pray with, and encourage anyone in need; he touched countless lives. Over 30 years later, he continued to serve at Triboro Community Church as a deacon, elder and associate pastor.

The family would like to extend their heartfelt gratitude to Dr. Mauer Biscotti for his dedication and loyal friendship to John over the years and all the staff at the Wilkes-Barre General Hospital for their care and kindness.

He was also preceded in death by his sister, Sharon (Wrubleski) France and her husband, Dale. 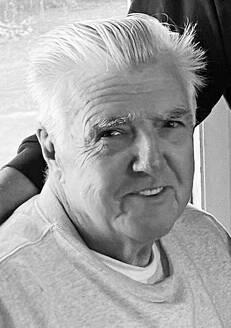 Published by The Pittston Dispatch from Sep. 25 to Sep. 26, 2021.
To plant trees in memory, please visit the Sympathy Store.
MEMORIAL EVENTS
To offer your sympathy during this difficult time, you can now have memorial trees planted in a National Forest in memory of your loved one.
Funeral services provided by:
Baloga Funeral Home, Inc.
MAKE A DONATION
MEMORIES & CONDOLENCES
0 Entries
Be the first to post a memory or condolences.