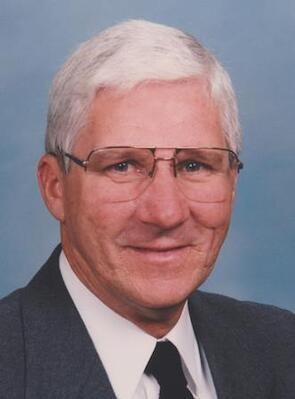 Shippensburg - Mr. Benjamin Roy Monn, Jr., 90, of Shippensburg, PA passed away peacefully at home on July 26, 2021 surrounded by his family after fighting a 19-year battle with leukemia.

Mr. Monn was born August 21, 1930 in Quincy, PA. He was the son of Benjamin Roy Sr. and Lydia Carrie(Hartman) Monn. He was preceded in death by his parents, four brothers, two sisters, and a son, Benjamin Roy Monn, III.

He is survived by his wife of over 70 years, Jeanne (Deardorff) Monn, two sons: Jerry Monn and his wife Linda, Tim Monn and his wife Nancy, and a daughter, Elizabeth (Monn) Thorpe and her husband Phillip. His nine grandchildren: Jason, Jenn, Erin, Karinne, Jill, Kaylee, Ali, Greg, and Micaela; and his 13 great-grandchildren were his pride and joy.

Mr. Monn served his country in the US Marines from 1951 to 1954 earning the rank of Sergeant before being honorably discharged. After his time in the service, he worked several jobs including the Corps of Engineers, self-employed as a building contractor, and Buchart Horn Engineering as a project manager.

He was a member of the Chambersburg Church of the Brethren for over 70 years. He enjoyed spending time with his wife and family playing games, golfing and wintering in Florida. He enjoyed playing sports and coaching. He coached his three sons in the Fayetteville Baseball Legion and is remembered for saying to his players, "Come on, yungins!" He also umpired in the Franklin County Baseball Leagues and one year as a professional umpire in the Florida State League.

He will be greatly missed by his family and friends.

A celebration of his life will be held on Saturday, August 21, 2021 at 11:00 A.M. at the Chambersburg Church of the Brethren, 260 South 4th Street, Chambersburg, PA with Elizabeth Thorpe, Ali Toms, and Joel Nogle officiating.

Grove-Bowersox Funeral Home, Waynesboro, is assisting with the arrangements.

Online condolences may be expressed at www.bowersoxfuneralhomes.com


Published by Public Opinion from Jul. 28 to Jul. 29, 2021.
To plant trees in memory, please visit the Sympathy Store.
MEMORIAL EVENTS
Aug
21
Celebration of Life
11:00a.m.
Chambersburg Church of the Brethren
260 South 4th Street, Chambersburg, PA
Funeral services provided by:
Grove-Bowersox Funeral Home, Inc.
MAKE A DONATION
MEMORIES & CONDOLENCES
Sponsored by PublicOpinionOnline.com.
1 Entry
Condolences to the family. Was at your house once and remember how personable Mr and Mrs was. Ben the III was a good friend of mine in school and I could see what a great family you have. God bless all of you.
Darlene Etchberger (perry)
Friend
July 28, 2021
Showing 1 - 1 of 1 results