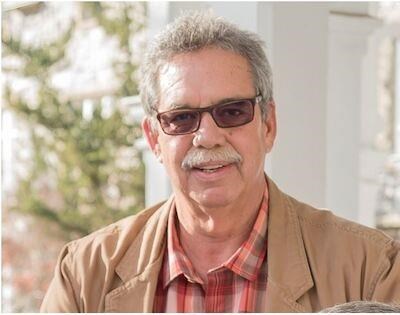 Dear Family, Friends, and Community of the late

Michael had a powerful impact on our Family and Community. I am grateful for the past two weeks and the opportunity to reflect on that impact and want to share it.

The Hennessy family has been nothing but a blessing in my life and Michael was part of the package. I really got to know Michael during the late 80's thru the 90's when I got to see him in the role he was destined for, leader and President of Hennessy Products. I got to see why the employees loved him so much, he was open and real with them and was able to connect with all levels.

Michael's identity was rooted in HPI and HPI reflected him. Michael was able to walk the shop floor before 6 am and see where the constraints were. Then decisively get solutions started NOW. His bluntness and mantra "My way - the right way - the only way" worked, and was needed at the time. Michael oversaw rapid growth of the company and I don't know of anyone else who could have executed as well as he did. He leveraged his Harvard teaching and the world class manufacturing team he assembled to push our employees to be open minded and accept change and innovation. Michael being dyslexic required him to work harder and make the system he created more visual, which set a good example and allowed us to better understand his goals. The timing in the market combined with Michael's systems approach to problem solving allowed the company to quadruple in size over just a few years. Michael was at the pinnacle of his career in 1998 when he led the sale of the company.

Even though he would have called it "psycho babble"

he was in the flow.

Shortly after the sale Michael's mother, Mary B, passed away and I witnessed Michael's commitment and loyalty to family. You couldn't have asked for a more fair and honest person leading the Family. His parents, Jim and Mary B, would have been proud of how he conducted himself.

Whatever he was focused on he was

passionate about it and all in.

Michael was a tough nut which made having a relationship with him complex. At the same time Michael was big hearted and sensitive to his core, some might even say he was a big cry baby. Michael's larger than life personality attracted many friendships and it was not until recently that I fully appreciated Michael's love for his many friends. He was so uplifted by the many visits from his diverse group of close friends who obviously loved him.

Meghan, your father was very proud of you. From being Dr Mihal to being the mother of Reagan and Morgan whom he cherished. Over the last months, the way you took control of your father's care was impressive. I know it gave him great comfort to see you step in and take charge. I see in you, your father's traits of determination, hardworking and high achieving that will serve you well as you


Published by Public Opinion on Jul. 22, 2021.
To plant trees in memory, please visit the Sympathy Store.
MEMORIAL EVENTS
To offer your sympathy during this difficult time, you can now have memorial trees planted in a National Forest in memory of your loved one.
MAKE A DONATION
MEMORIES & CONDOLENCES
1 Entry
A well said message for a very special man that will be greatly missed. Our heartfelt condolences are with the family. Mike gave an interesting variety of memories to comfort his loved ones. God Bless you all!
Jere & Pam Hull
Friend
July 24, 2021
Showing 1 - 1 of 1 results