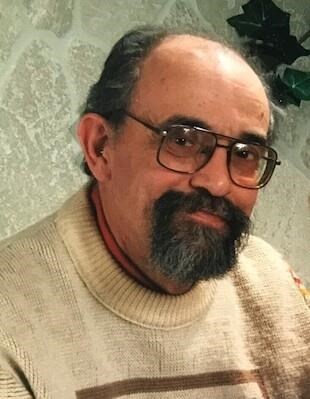 Waynesboro - Michael "Mikey" McKean Kohler, age 77, entered his eternal rest on July 13, 2021, at his home. He was born on December 4, 1943, in Chambersburg, PA, the only child of the late Dr. Kenneth N. Kohler and the late Mabel Stepler Kohler. He was raised in the Harrisburg, PA area.

Kohler was drafted into the U.S. Army 1969-1971 and received an Honorable Discharge.

He is survived by his loving wife, Shirley, family members, special friends and dear pets.

Kohler was a chef for many years at restaurants including The Chestnut Logs and The B.P.O. Elks #731, both in Waynesboro. He had an all-consuming, lifelong love of books which he bought and sold as On The Road Books. In 1999 he began selling books online plus he also operated a brick and mortar store, On The Road Books, for 12 years in downtown Waynesboro. He continued selling until he became ill in May this year.

He loved the out of doors and almost all sports. The Outer Banks of North Carolina was a favorite vacation destination.

A Celebration of his life will be held Sunday, August 1st from 4 until 7 p.m. at the Pavilion at Renfrew Museum & Park, 1010 E. Main St., Waynesboro, enter off Welty Road (off Rt. 316 East of Waynesboro, PA, turn right at the light in Wayne Heights - see the signs).


Published by Public Opinion from Jul. 25 to Jul. 28, 2021.
To plant trees in memory, please visit the Sympathy Store.
MEMORIAL EVENTS
Aug
1
Celebration of Life
4:00p.m. - 7:00p.m.
Pavilion at Renfrew Museum & Park
enter off Welty Road, PA
Funeral services provided by:
Cremation and Burial Society of Pennsylvania Harrisburg
MAKE A DONATION
Please consider a donation as requested by the family.
MEMORIES & CONDOLENCES
Sponsored by PublicOpinionOnline.com.
4 Entries
Sad to hear the passing of my friend Mike from years ago . We met at the University of Pittsburgh while in graduate study. Found out we were both from Harrisburg-Mike went to Wm Penn and I John Harris , both class of 61. While at Pitt we went to Pgh symphony at Syria Shrine Mosque next to campus every Sunday afternoon, Pgh Penguin ice hockey and foreign films. L stayed on at Pitt a few more years but saw Mike regularly when came home to Hbg. Hbg symphony, Hershey Bears ice hockey, etc. We listened to classical music at his beautify stone house on Front Street over looking the river. He was in my wedding in 1974 at King of Prussia but lost contact a few years later. I owe him my increased love of classical music. Mike will always be in my thoughts when I listen to such music. Woody
Elwood Gotshall "Woody"
September 26, 2021
May God bless you and your family in this time of sorrow.
jacque gingrich lipscomb
Work
July 27, 2021
On behalf of the William Penn Class of '61, I wish to extend condolences and prayers to the family and friends of Mike. He will always be in our hearts, with our other classmates.
Joan Bretz Wm Penn '61
School
July 26, 2021
I believe Michael was my 8th grade English teacher. He was a wonderful teacher and a wonderful person.
Kathryn Dowling Wrye
School
July 25, 2021
Showing 1 - 4 of 4 results