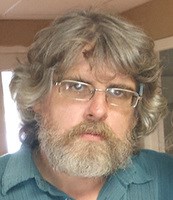 BORN
1969
DIED
2021
FUNERAL HOME
Range Funeral Home
202 S Eastern Ave
Joliet, IL
Shawn James O'Connor
Born: August 29, 1969
Died: June 5, 2021
Our youngest brother was born Aug. 29, 1969, at Peoples Hospital, Peru, Il. On June 5, 2021, he became first among us to leave us, at LaGrange Hospital, due to respiratory failure.
He is missed, by three brothers, one sister, Jeanne, and one son, Christian Sheridan O'Connor of Portland, OR. He had two nieces, and three nephews, and had served in the U.S. Army National Guard. He is survived by two aunts, one in Hennepin, IL, and one in Dothan, AL, and numerous cousins.
Crematory rites, by Range Funeral Home, Joliet, IL, were accorded on 6/10/21.

Published by Putnam County Record from Aug. 11 to Aug. 18, 2021.
To plant trees in memory, please visit the Sympathy Store.
MEMORIAL EVENTS
To offer your sympathy during this difficult time, you can now have memorial trees planted in a National Forest in memory of your loved one.
Funeral services provided by:
Range Funeral Home
MAKE A DONATION
MEMORIES & CONDOLENCES
Sponsored by Range Funeral Home.
0 Entries
Be the first to post a memory or condolences.