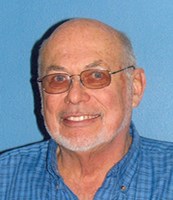 BORN
1936
DIED
2021
FUNERAL HOME
Dysart-Cofoid Funeral Chapel
208 S Mccoy
Granville, IL
Sydney S. Glover
Born: May 6, 1936 in Spring Valley, IL
Died: September 12, 2021 in Spring Valley, IL
Sydney S. Glover, 85, of Standard passed away on Sunday, September 12, 2021 at Aperion Care, Spring Valley.
The family will have a private service at a later date. Cremation rites have been accorded.
Dysart-Cofoid Funeral Chapel will be assisting the family with arrangements.
Sydney was born on May 6, 1936 in Spring Valley to Perry and Shirley (Griffith) Glover.
He graduated from John Swaney High School and served in the United States Army from July 2, 1956 to June 26, 1958.
He was a service tech at Grasser's Plumbing and Heating in McNabb. Sydney was a member of the Putnam County V.F.W., the Putnam County Historical Society and was an active member of the McNabb – Magnolia Grange Hall. He was also a past member of the McNabb Fire Department for 35 years and was fire chief for several years.
Survivors include two daughters, Debbie (Carl) Naumann of McNabb and Mary Frances (David) Passini of Standard; one sister, Lydia (Gene) Nowak of Arkansas; five grandchildren, Christopher Naumann, Matthew (Alyssa) Beckwith-Naumann, Jacob (fiancée Katie Sullivan) Passini, Lauren (Jake) Drennen and Angela (Anthony) Di Stefano; three great-grandchildren, Marlee and Maxwell Beckwith-Naumann and Everly Drennen.
He was preceded in death by his parents, two sisters, Georgiana Conibear and Susie Croisant.
Contributions may be made to Standard Fire Department, Putnam County Ambulance or to the family.
Online condolences may be made to his family at www.dcfunerals.com

Published by Putnam County Record from Sep. 14 to Sep. 22, 2021.
To plant trees in memory, please visit the Sympathy Store.
MEMORIAL EVENTS
To offer your sympathy during this difficult time, you can now have memorial trees planted in a National Forest in memory of your loved one.
Funeral services provided by:
Dysart-Cofoid Funeral Chapel
MAKE A DONATION
MEMORIES & CONDOLENCES
Sponsored by Dysart-Cofoid Funeral Chapel.
0 Entries
Be the first to post a memory or condolences.