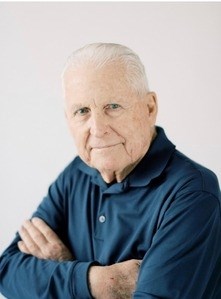 Allan Dayton Moore, age 83, passed away peacefully on November 16, 2021. Allan was born in Malvern, Arkansas on April 11, 1938. He moved to San Pedro at the age of 5 and would spend his entire life in his beautiful town. Allan attended 15th Street and Barton Hill Elementary Schools. He would then attend Dana Junior High School and San Pedro High School where he played baseball and football. He earned his Bachelor's Degree at UCLA where he played baseball as a walk-on starting second baseman. Allan then attended the Southern California School of Optometry and would establish a practice on 9th Street where he cared for numerous San Pedro Residents for over 50 years. Allan had a passion for coaching San Pedro youths and would become the Assistant Coach for San Pedro High School Varsity Softball for over 30 years. Allan was a devoted son, husband, father, grandfather, uncle, friend, coach, and doctor. Allan loved golf, margaritas, vacations with his family, and UCLA football. He is survived by his wife of 55 years, Mary, his daughter, Meagan; his son-in-law, Krish Tewari; his grandchildren, Sujata, Jeremy, and Rowan; his brother-in-law, Les Sullivan; sisters-in-law, Inez Sullivan and Mary Puerta, and his many nieces and nephews. Allan will be greatly missed by all, but we have peace knowing he has been finally reunited with his son, Jeremy (JD).

Published by Palos Verdes Peninsula News on Nov. 25, 2021.
To plant trees in memory, please visit the Sympathy Store.
MEMORIAL EVENTS
To offer your sympathy during this difficult time, you can now have memorial trees planted in a National Forest in memory of your loved one.
MAKE A DONATION
MEMORIES & CONDOLENCES
Sponsored by Daily Breeze.
9 Entries
My one and only eye doctor up to the time Dr. Moore retired. Deepest condolences from my family to yours.
Anthony Maes
Friend
December 5, 2021
May the love of friends and family carry you through your grief. Barb S.56 Probert McHenry Mesa,Az
Barbara(Probert) McHenry
School
November 28, 2021
My deepest sympathy to the Moore family. I worked for Dr. Moore (1970s). He was the nicest boss I ever had and I would always tell everyone. He was always so kind, friendly, honest and gentle. Our family (Saavedra) all used his services and were grateful for his care. RIP
Maria Cardinale
November 27, 2021
Thanks for all the great memories Doc on and off the field.... The memories you created will be your legacy for numerous young people you coached rest in peace Manuel
Manuel, Kathy , Julie and Marissa Gonzalez
November 27, 2021
Dear Mary, Meagan and Family, You all surely know what a wonderful guy my dear friend and golf buddy was. Please know I am a better man having known your Allan. May you smile whenever you think of him and know how blessed the hundreds of people who knew him are. Very Sincerely, Marty Benzell
Martin Benzell
Friend
November 26, 2021
Dr. Moore was my optometrist for many years. He also became a dear friend. My deepest sympathies to Mary and the entire Moore family. Dr. Moore will be missed by all who knew this fine man.
Mary Gimenez-Caulder
Friend
November 26, 2021
Such an amazing coach, mentor and an even more amazing human being! I always looked forward to seeing Doc for the annual eye visits and chatting up the good ole softball days, Santa Barbara and all new with his family. Meagan- we've never met, but your dad raves about how wonderful you are as a doctor and mother every time I saw him. He was so proud of you and wanted the world to know!! I am so terribly sorry for your loss, and send heartfelt condolences to you, your mom and his grandchildren. May he Rest In Peace. A major loss for our San Pedro family.
Mari D'Ambrosi
November 25, 2021
Our family is heartbroken to hear about your loss. We always loved catching up with Doc when we went for our eye appointments. Thinking of you and your family during these hard times. Let the beautiful memories you´ve shared, help you through this time.
Linda dragovich
Other
November 25, 2021
I first met him at his practice in the 1960s when I was a kid. I took my kids to him 30+ years later for their eye care. He was an exceptional human being, who was genuinely humble. May he rest in peace.
Bryant
November 25, 2021
Showing 1 - 9 of 9 results