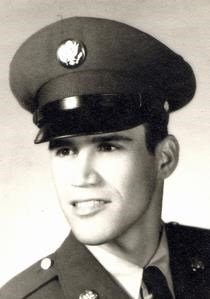 Aug. 21, 1933 - Oct. 24, 2021 Angel Acosta (Guero/Pops), age 88, passed away quietly on October 24, 2021 surrounded by his family. Upon his passing he joins his devoted wife of over 60 years, Rachel Acosta in heaven and leaves behind their beloved children, Lupe (Charlie), Janet (Robert), Nick (Mary), Mark (Jane) and Tricia (Pat). He was a grandfather of 8 and great-grandfather to 4. He is preceded in death by his brothers and sisters Luis, Virginia, Jose and Rachel and leaves behind his brothers and sisters, Carlos, Aurelio, Margaret, Magdelena, Peter and Mary. Angel was born in Anaheim, CA and moved to the South Bay as a child. He spent most of his life in Torrance, CA (LA Rana) where he met his wife Rachel (Alvarez) and married her in his 20's. They raised their 5 children in the same neighborhood. In 1958, Angel was drafted to the Army and served his country, until his honorable discharge in 1960. Angel held a variety of jobs growing up; including picking fruit starting at 8 years old, landscaping, working at a factory, cook and eventually earning his plumbing license and working for Harbor General Hospital, until his retirement. As a young adult Angel loved spending time with his friends and family talking and playing games. Later in life, he was fond of planning trips with his children, grandchildren and friends to the river to camp, waterski, play dominos and stay up late talking. Everyone was always invited and he soon became everyone's "Pops". Angel always had a sense for adventures. During retirement, Angel and Rachel enjoyed traveling internationally, including many trips to Mexico and even locally on bus tours with their friends Graveside service will be held at 10am on November 10, 2021 at Green Hills Memorial Park, Rancho Palos Verdes.

Published by Palos Verdes Peninsula News on Nov. 8, 2021.
To plant trees in memory, please visit the Sympathy Store.
MEMORIAL EVENTS
Nov
10
Graveside service
10:00a.m. - 11:00a.m.
Green Hills Memorial Park
27501 S, Rancho, CA
MAKE A DONATION
MEMORIES & CONDOLENCES
Sponsored by Daily Breeze.
1 Entry
Uncle Guero may you Rest In Peace and enjoy your new life in heaven with Aunt Rachel and your family. I know that they were there to meet you. Know that you will be missed and always loved. Until we meet again. To my cousins my sincere condolences, may God bless you and comfort you. My thoughts and prayers to you all. Vonnie
Yvonne Ritchie
Family
November 8, 2021
Showing 1 - 1 of 1 results