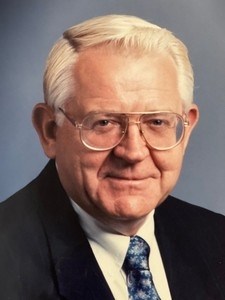 BORN
1939
DIED
2021
FUNERAL HOME
Green Hills Mortuary & Memorial Chapel
27501 South Western Avenue
Rancho Palos Verdes, CA 90275
June 28, 1939 - April 20, 2021 On April 20, 2021, Bruce Leon Fryman was called home at age 81. The world has lost a great husband, father, grandfather and leader. Bruce was born in Ellery, Illinois on June 28, 1939 and was the youngest of six children. Bruce served in the U.S. Army from April 8, 1965 to April 7, 1969 and during his service earned a Sharpshooter (Rifle) award and a Marksman (Carbine) award in addition to a Medal of Good Conduct. Bruce received awards for being an Outstanding Basic Trainee in Company K 5th Training Regiment at Fort Polk L.A. in June 1963 and for being the Soldier of the Month in April 1964. Bruce proudly worked his way through college, was a member of FarmHouse International Fraternity and completed his undergraduate degree in Agriculture at the University of Illinois Urbana-Champaign in 1966. Throughout Bruce's career in business he worked for many international companies including Procter & Gamble, Clorox, Neutrogena, and Colgate-Palmolive. In 1972, Bruce worked alongside an amazing team to create phosphate-free detergent in order to protect natural waterways for future generations. Bruce eventually became the Director of Packaging, Global Materials Logistics and Sourcing at Colgate-Palmolive. During his approximately 15 years at Colgate-Palmolive, Bruce was honored twice with the highest achievement awarded by the President of the company, the You Can Make a Difference Award. However, if you asked Bruce, his greatest accomplishment wasn't his 50 year career in business or traveling to 170 different countries. It was being a loving husband. Bruce met his beautiful wife, Lily, in Shanghai while working on a project to bring American consumer goods to the international market. What started as love at first sight led to a wonderful marriage lasting more than 30 years. Bruce is and was the love of Lily's life. Bruce treated Lily's extended family as if they were his own and helped many members of the family apply to college, start careers, navigate complicated health and legal issues, and even helped members of the family buy their first cars and homes. Bruce had a generous spirit, a loving heart, and an entrepreneur's mind. He was a devoted Christian and enjoyed listening to Pastor Steve's sermons at First Christian Church of Torrance. Bruce loved to sail, fish, travel, tell stories at the dinner table, tackle home improvement projects, spend time with family, and read about history. Bruce's favorite pastime was dreaming of ways to create a better and brighter future, and encouraging others to do the same. Bruce is survived by his wife Li Hua Fryman (Lily), daughter Crystal Jinjin Fryman, son Marshall Earl Fryman, daughter-in law Ellina Vitkin (Lena), grandsons Zachary and Oliver Fryman, and extended family members Ron, Loretta, Lalia, and Dustin Fryman, Linda and Carl Christensen, Billie Farr, Xian Tai Luo and Nian Zai Kong, Shilin Luo and Lijuan Zeng, Shiqing Luo and Wenli Wu, Xiaohua Luo and Yonghong Le, Ting Luo and Tuo Wang, Lance Luo and Justine Basara, and Amy Le. Bruce cherished the company of many lifelong friends including LB and Kim Arney, Dottie Tarnacki-Smith, Doug and Gloria Holland, Leroy and Betty Moore, Harry and Carolee Wheatcroft, Janet and Bill Wysong, Jeff Woods, Shawn and Michelle Ding, Mike Kantor, Shelly and Brian Li, and Xing Li. He was preceded in death by his son James Luo Fryman, father James Marshall Fryman, mother Myrtle Lee Hopper, brother Ralph Fryman, brother Charley Fryman, sisters Pearl, Daisy, and Dora, and his childhood best friend Katherine. A small family service will be held at Old St. Peter's Episcopal Church in Green Hills Memorial Park in Rancho Palos Verdes, CA at 10am PST on Thursday, May 6, 2021

To plant trees in memory, please visit our Sympathy Store.
Published by Palos Verdes Peninsula News on May 4, 2021.
MEMORIAL EVENTS
May
6
Service
10:00a.m.
Old St. Peter's Episcopal Church in Green Hills Memorial Park
27501 South Western Avenue, Palos Verdes, California
Funeral services provided by:
Green Hills Mortuary & Memorial Chapel
MEMORIES & CONDOLENCES
Sponsored by Daily Breeze.
4 Entries
It was so sad to receive this news. Bruce was a great teacher and mentor. He was ahead of his time, a thought leader, and worked without boundaries. Our deepest condolences.
- Graham & Rosana Leary
Graham Leary
Coworker
June 22, 2021
I worked along side Bruce at Colgate for over 25 years .
Bruce was always a gentleman , a mentor to many and knowledgeable in his field . We both had Global Roles and I took my first international business trip with him to Mexico City and from then on we travelled extensively together to many of our subsidiaries around the world ... but his passion was the Far East and Eastern culture !
My deepest sympathies to his family and friends .. I am sure he will be missed . RIP old friend!
Jack DiMaggio
Coworker
June 22, 2021
In loving memory of a wonderful person. We will love you and miss you always.
June 22, 2021
I want to express my sympathy and prayers to Lily and Crystal for the loss of a wonderful husband and father. I met Bruce only a few times but it was evident that he was a kind and caring person who loved his family deeply. He was nice to be around and pleasant to everyone. Our family is saddened to hear of his passing.
Sharon, Peter, Noelle and Justine Bringmann
Friend
May 6, 2021